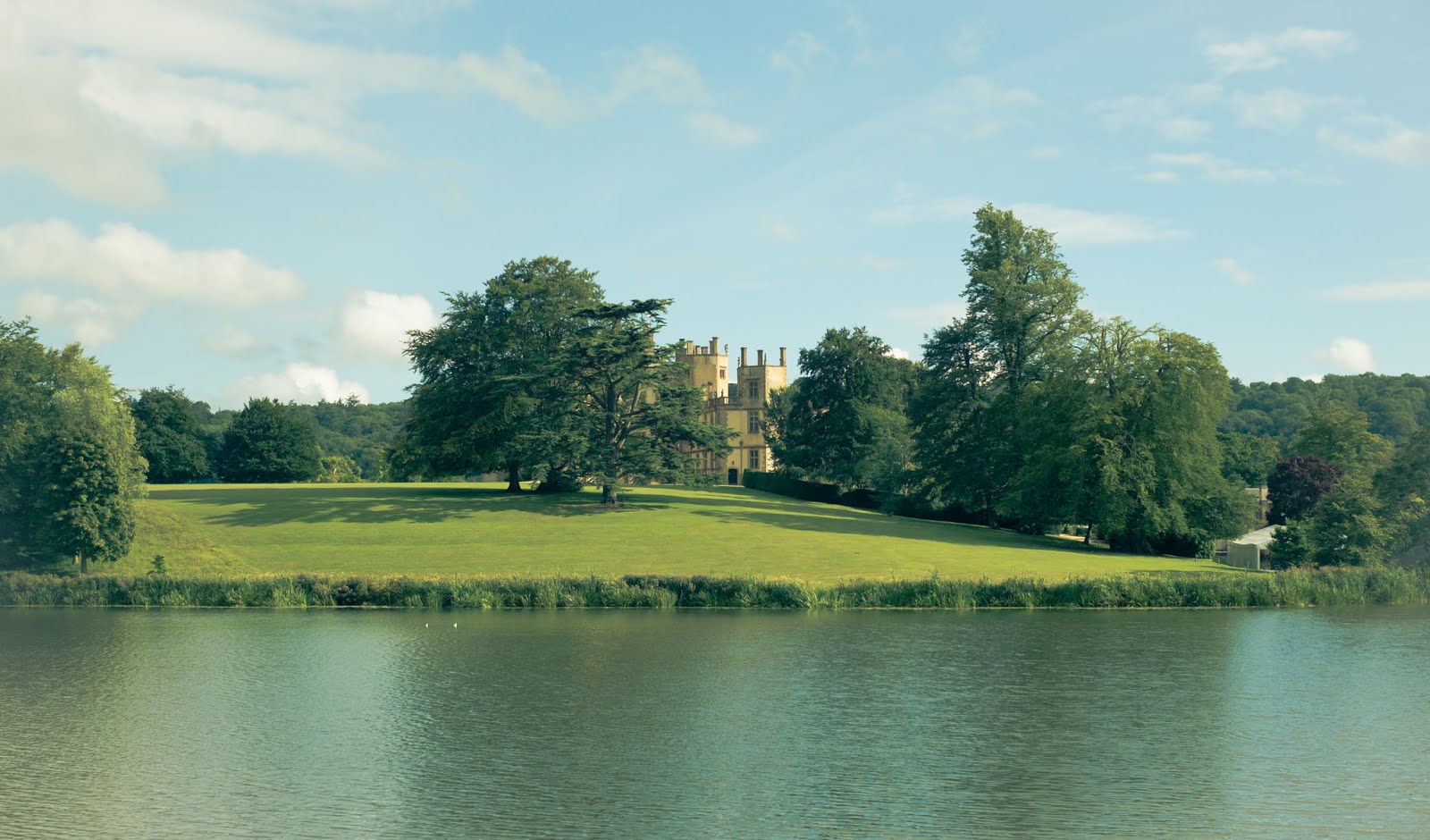 In an ideal world, Mrs P and I would live with just two neighbours. On one side, we would neighbour a large forest. And on the other side, we'd neighbour a large lake. In this ideal world, I live as a ridiculously wealthy semi-recluse, venturing only occasionally beyond the boundaries of my estate to embard on luxurious travel to exotic lands. Alas, I must continue to live in the real world. And like most urban residents these days, Mrs P and I live in a flat. Or apartment, if you prefer. We must share our lives with others, to a certain degree, whether we like it or not.

In Mexico City, we occupied a ground floor flat in a block shared with six other families. Next door to us was Crazy Old Lady, almost certainly old enough to recall the revolution and possibly only a generation or two departed from passengers on the Ark. Sometimes she'd knock on our door in the evening because she was hungry and Mrs P would give her something to eat. One day she went to live in a nursing home of some sort. We heard a year or two after that  she'd passed away. Above us and to the left lived Traditional Mexican family who'd been there as long as Mrs P had. One of the girls was the same age as Mrs P - they were best friends as children. Directly above us was another young family. Mum, dad and a young boy, henceforth referred to as the Happy Family. They always smiled, said hello and sometimes stopped to chat. I forget the boys name, but he was fascinated by our turtles. He'd often stare at them out of the window that overlooked  our patio with a big smile on his face. When we went on short breaks we would give them a tub of turtle food for him to throw into their pool. Now and again, we'd all come home at the same time and he'd rush through our open door and sit next to the pool to stare at the turtles close up.

Late one evening, an hour or two before midnight, the mother of all rows broke out in the Happy Family's apartment. The sort of row that you'd associate with the apocalypse. Full volume hysterical screaming. Then the smashing of things that make smashing sounds. Followed by the crashing of furniture being overturned. And it went on for hours. Like I said, the mother of all rows. We can only guess what had caused such a ferocious fracas. The rage came entirely from mum. Dad was very clearly on the receiving end. Whatever contribution he was making to the lively debate wasn't making things any better. Any guess as to what the row was about would be idle speculation. But you have the word 'infidelity' in mind, don't you?

Throughout the mother of all rows, the young boy's pleading cries for them to stop was ignored. He was clearly terrified. Mrs P suggested that we do something. I agreed. So I went out into the patio, scooped our turtles out of their pool, into a bucket and brought them indoors for safekeeping before a wardrobe came flying out of an upstairs window, causing a reptilian massacre. It transpired that this was not what Mrs P meant by 'doing something'. Eventually, in the early hours of the morning, the row came to an end, but the Happily Family are henceforth referred to as the Unhappy Family . There were no more cheery hellos. The little boy would sometimes look out of the window at our turtles. But he didn't smile. Dad moved out shortly after. And not long after that, so did we.

Our first flat in Bournemouth had the perfect sort of immediate neighbours. None. We had a corner flat up on the third floor at the end of a long corridor with a little used staircase between us and the next flat. Tranquility reigned. Then we moved a hundred metres down the road. We no longer wanted to be renters, but home owners. Our new flat has one direct neighbour on the ground floor, rented by Mr Pothead, a chap we rarely see and who, due to his illicit habit, never disturbs us. Above us is a lovely young lady who owns her flat but is never there.

To the left, but slightly offset is another flat which is rented out by an absent landlord. When we arrived in 2016, it was occupied by a young couple. He Portuguese, she Polish. After a year they were joined by a little baby boy. A little Portuguese, Polish, British baby boy. We can call them the Multicultural Family.We used to have them over for dinner sometimes, and on a couple of occasions went on train trips with them. They never fought. Sometimes, she would tell him off, but he was a decent chap who remained calm, quiet and knew his place. They left in October, to make new lives in Porto. They heard the British electorate loud and clear. We were very disappointed. It's important to have good neighbours. It's a bonus when they are friends.

Their flat wasn't empty for long, and a new couple moved in, not quite so young as the last. He English, she eastern European. They are friendly. They didn't make any noise. But I won't give this family a name, because the name would likely be unkind and there is already too much unkindness in the world. They smoke like proverbial chimneys, but unlike Mr Pothead, their cigarettes are of the legal variety. The hallway stinks of stale cigarettes. Several times when they've opened their front door, sufficient smoke has billowed out that the communal fire alarms have gone off. But still. They are friendly and they don't make any noise.

Until they did make a noise. It's happened three times so far. Or at least on three occasions when we've been present to hear it. Fighting. Verbal, and by the sounds of it, physical too. Unlike the Mexican fracas, the male appears to be the aggressor this time. Do we have a wife beater next door? Maybe. If so, he leaves no visible marks on her face. And maybe not - let's not be too presumptious. Mrs P says that we should do something. But we no longer have turtles in a patio to protect. So I do nothing. And that still isn't what she means anyway.

When, exactly, is the right moment to 'do something' when you suspect an ongoing case of domestic violence is occurring next door? I imagine you should be aware of a continuing pattern. You should be able to see physical evidence such as bruising. You should have a documented history of events. And, once you have reported what you know to the authorities, you should be willing to find yourself living next door to the Less-Than-Friendly Family.

But still. As things stand, they are friendly - to us anyway. And they don't make noise. Most of the time. They say you can choose your friends but not your family. Neighbours are somewhere in between. The couple with no name are renters, so like most renters they will probably leave. Eventually. We hope that their departure does not involve bodybags and handcuffs. We hope that their replacements are an upgrade. Or better still, we hope our lucky numbers come in and we can upgrade. I'd like to neighbour a forest on one side, and a lake on the other. Ideally.