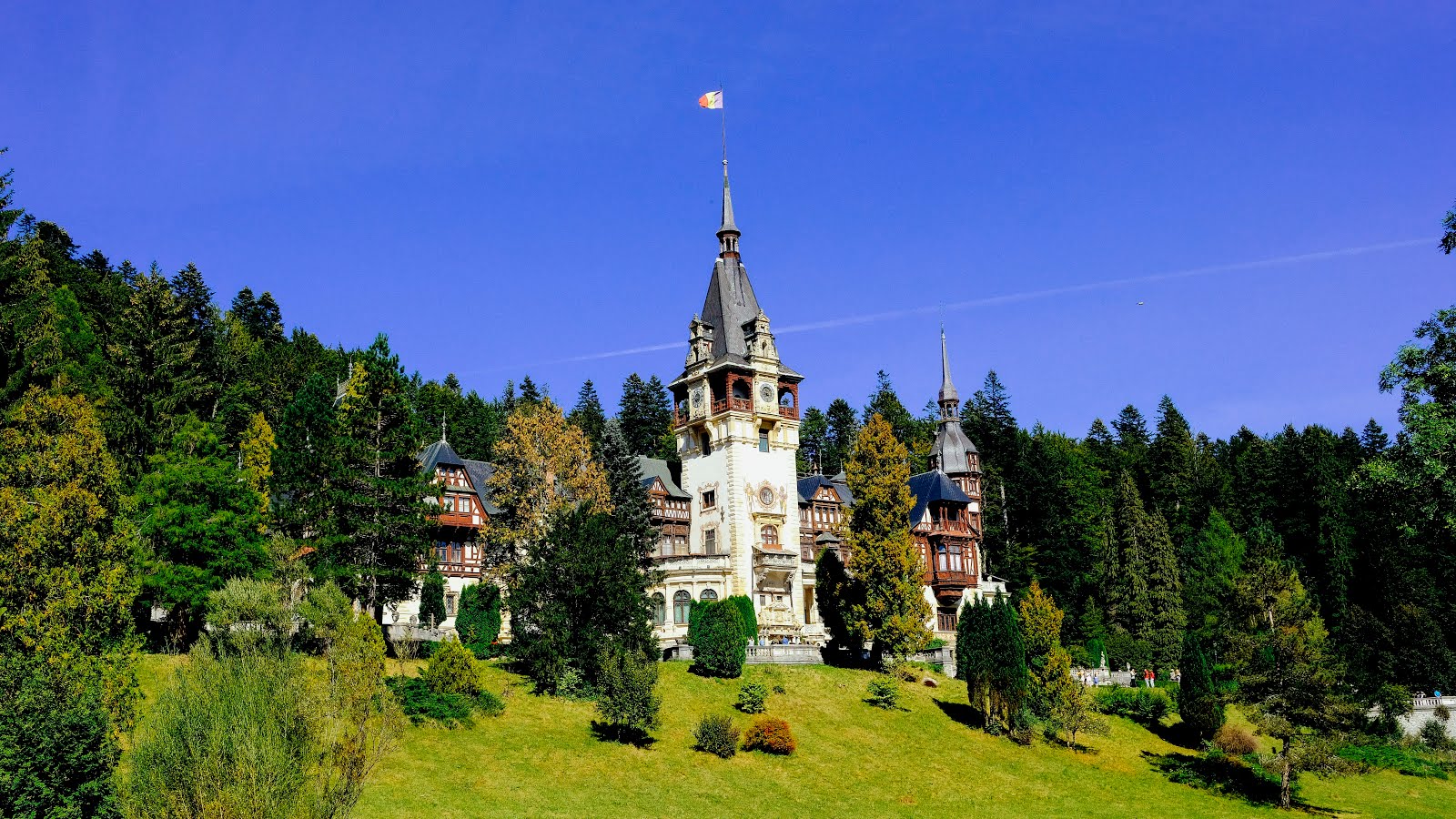 Travel is about exploration, discovery and the occasional surprise, is it not? Some places I research more thoroughly than others. What did I know of Romania before I left? It's full of gypsies, the people are piss poor, Dracula lives there, more gypsies, and tons of commie buildings. Those, of course, are the common stereotypes of Romania. But Romania isn't a country that I was hugely familiar with, and so that's pretty much all I had to work with. I expected to find some evidence of each one of those stereotypes. Equally, I expected to find that the bigger picture would reveal that there's an awful lot more to the country than a few lazy slurs. 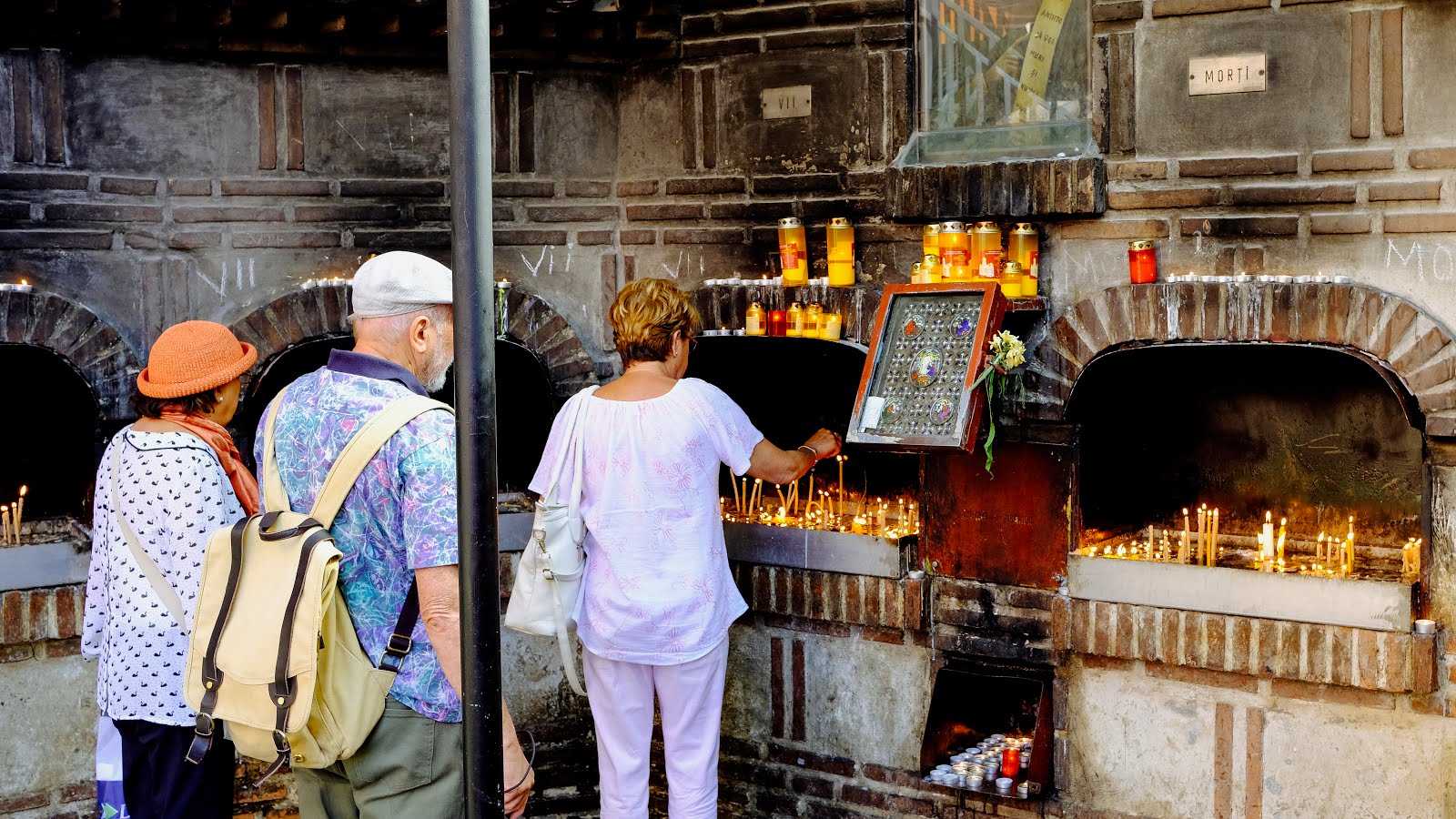 
I really hadn't given the language or Romania much thought. My assumption was that it'd be of slavic origin. It turned out that this is not so. It's one of the Romance languages. Or Romanic languages as they are sometimes called. And this instantly makes sense. Romanic. Romania. Just a letter apart. It belongs on a separate branch of Vulgar Latin to Italian, French, Spanish and Portuguese. I'm told that it's most closely related to Italian, although I certainly noticed plenty of words quite similar to Spanish. 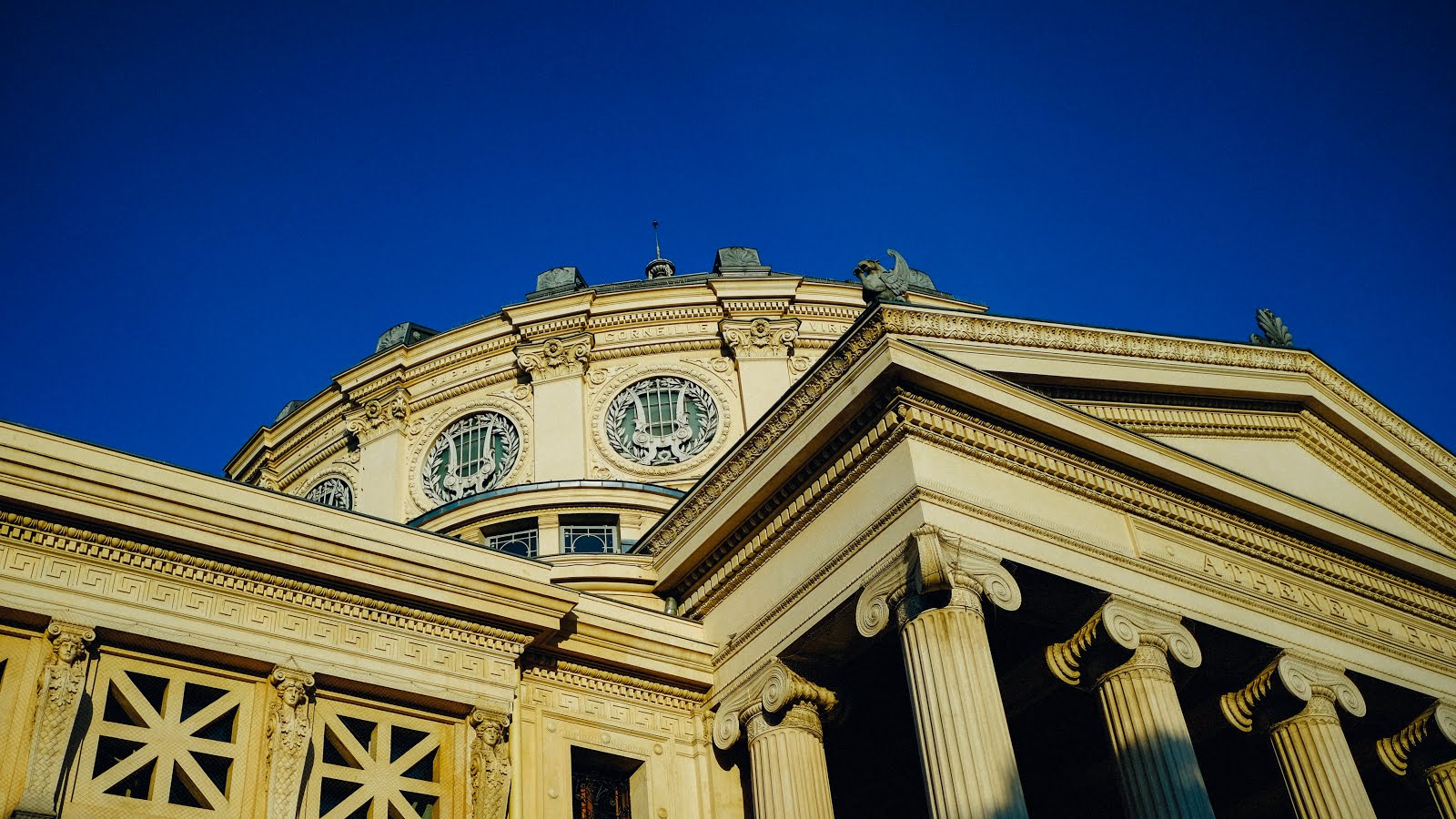 
I have three comments to make regards Romania's gypsy population. Firstly: I didn't knowingly come across any real gypsies. I suspect they are not yet required to wear identifying symbols on their clothing to alert non-gypsies (aka the civilised population) of their presence. Secondly: we got the distinct impression that gypsies aren't thought of fondly by the population at large. Actually, I'd already come across this attitude from having read a few Romanian based blogs. We got chatting to an Uber driver, who confessed that his nickname was 'Gypsy' because of his skin colour and features.

He assured us that he wasn't a gypsy, and that we should be careful should we meet any, because they're all thieving bastards. Thirdly: the only homeless people with carts that we came across on our journeys were Brits. On our way to, and back from, Bournemouth airport, we saw more than a dozen of them. Some had carts, procured from Tescos or Asda. Some had simply built semi-permanent camps in the doorways of closed-down stores. Brits are quick to look down on our European cousins, but perhaps not so quick to wonder how we might look to them. Go figure. 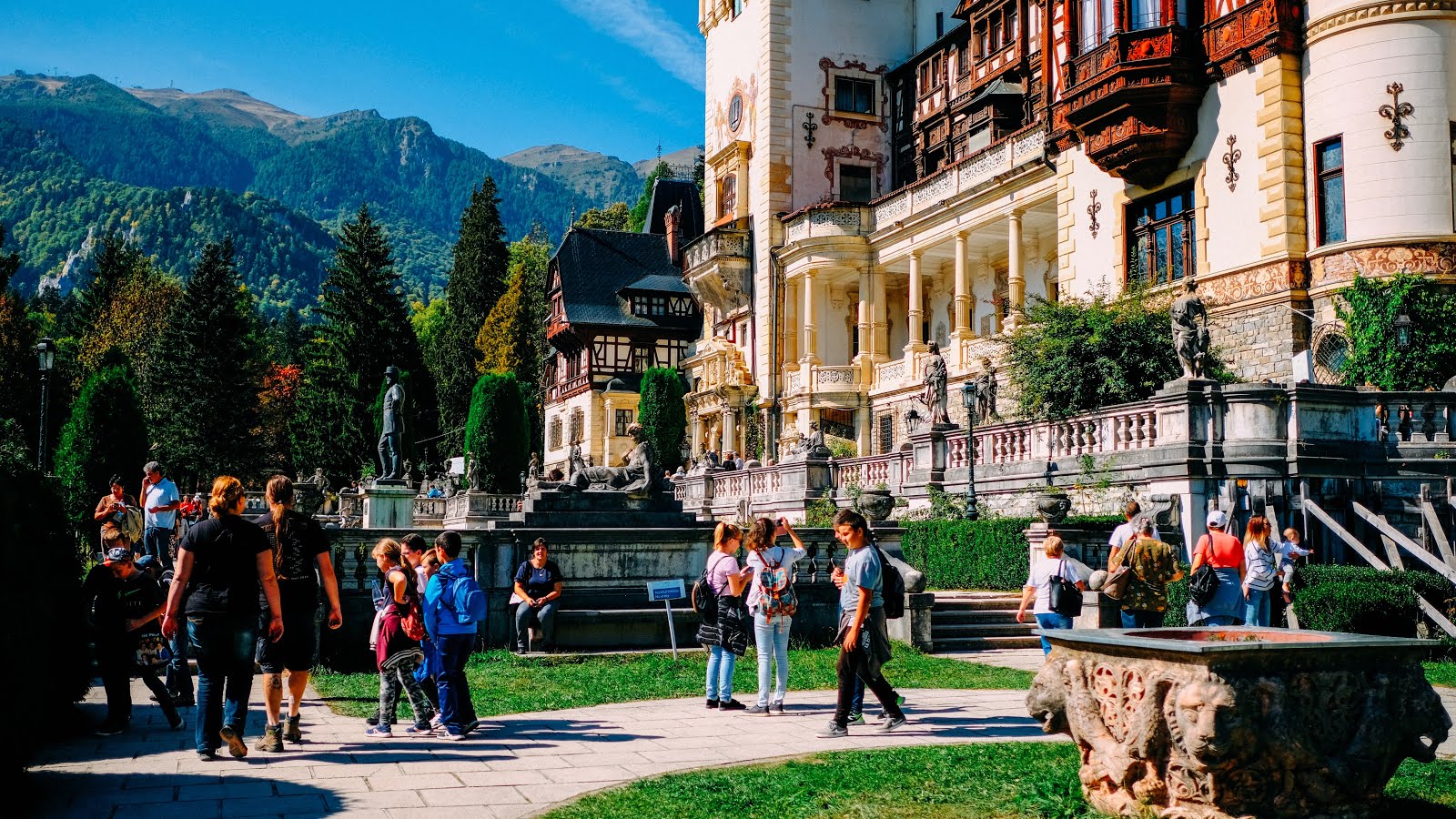 If Bucharest can be gritty, grimy and grey, things change very quickly once one has boarded the train and headed into rural Romania, which is glorious, glorious, glorious. With each turn of your head you are presented with another picture postcard scene. Sinaia railway station is quite possibly the most perfect station on the planet. If you're leaving Bucharest by train, you'll almost certainly go through Sinaia, because you're almost certainly heading for Bran Castle, the picturesque mountain top abode that was allegedly inhabited by Dracula. Or so the marketing team there would like you to believe.

Do not simply go through Sinaia. Get off, wander around the station and go visit Peles Castle. It is within walking distance, but it's quite a walk. I suggest taking a taxi there where the going is all uphill. Walk back, with the benefit of gravitational assistance. Then head on to Brasov, your overnight base for visiting Bran. Although perhaps you'll end up doing what we ended up doing. We liked Brasov so much that, given our time limitations, we skipped Bran altogether. 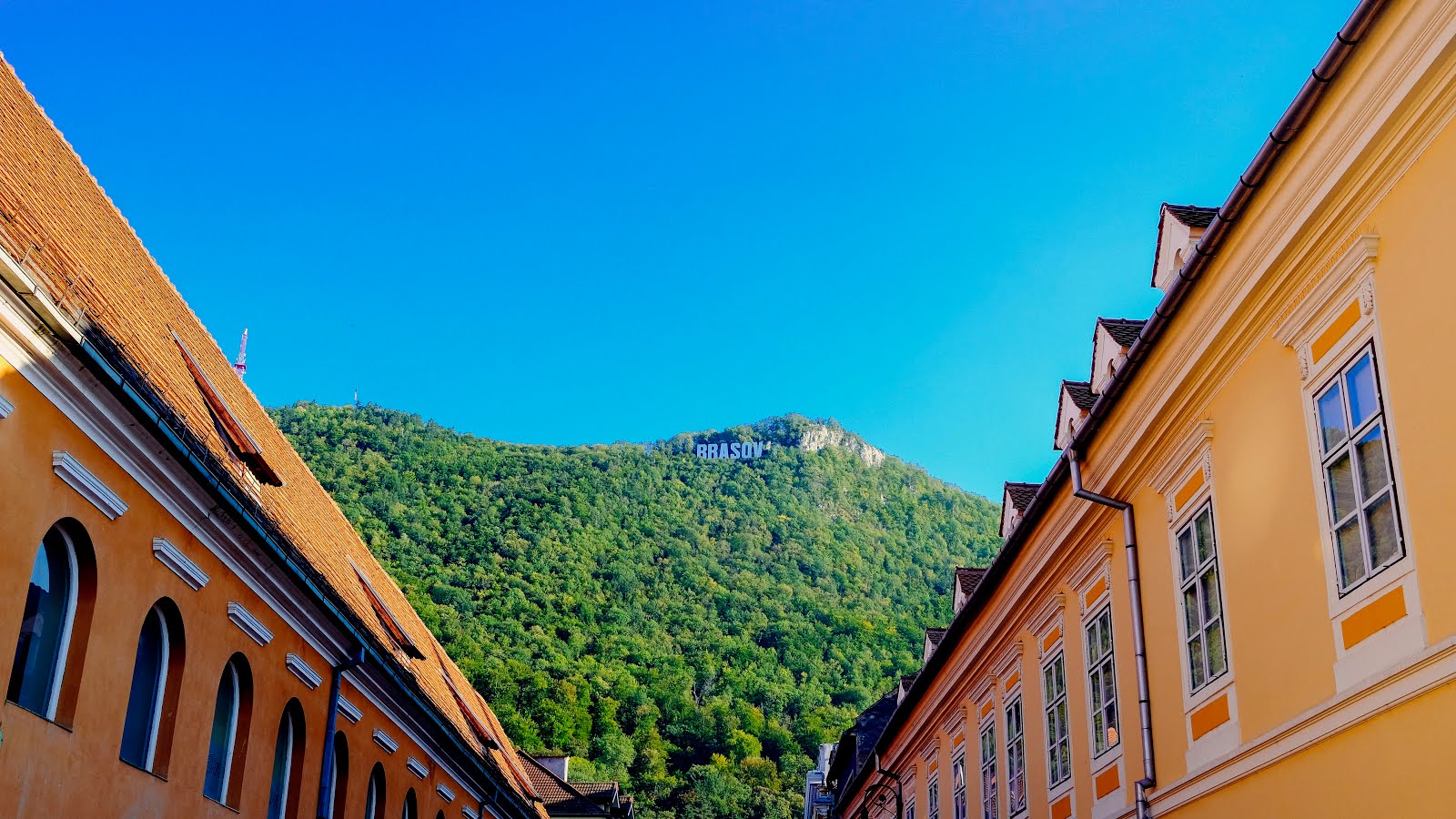 We found eating out in Romania to be a mixed bag. The cuisine was tasty, but we were repeatedly served plates of luke warm food. It wasn't particularly cheap either. The best we had was at the uber famous Caru' Cu Bere in the centre of Bucharest and at a very upmarket place near Ceaucesu's mansion called Osho. Every guide book will recommend the former, and it shouldn't be missed - the interior decor alone is a feast for the eyes. The latter? I had a salad here and it was wonderful. And I am typically the sort of person who would describe the very best sort of salad as something served to someone else. So regard my compliment as high praise indeed. 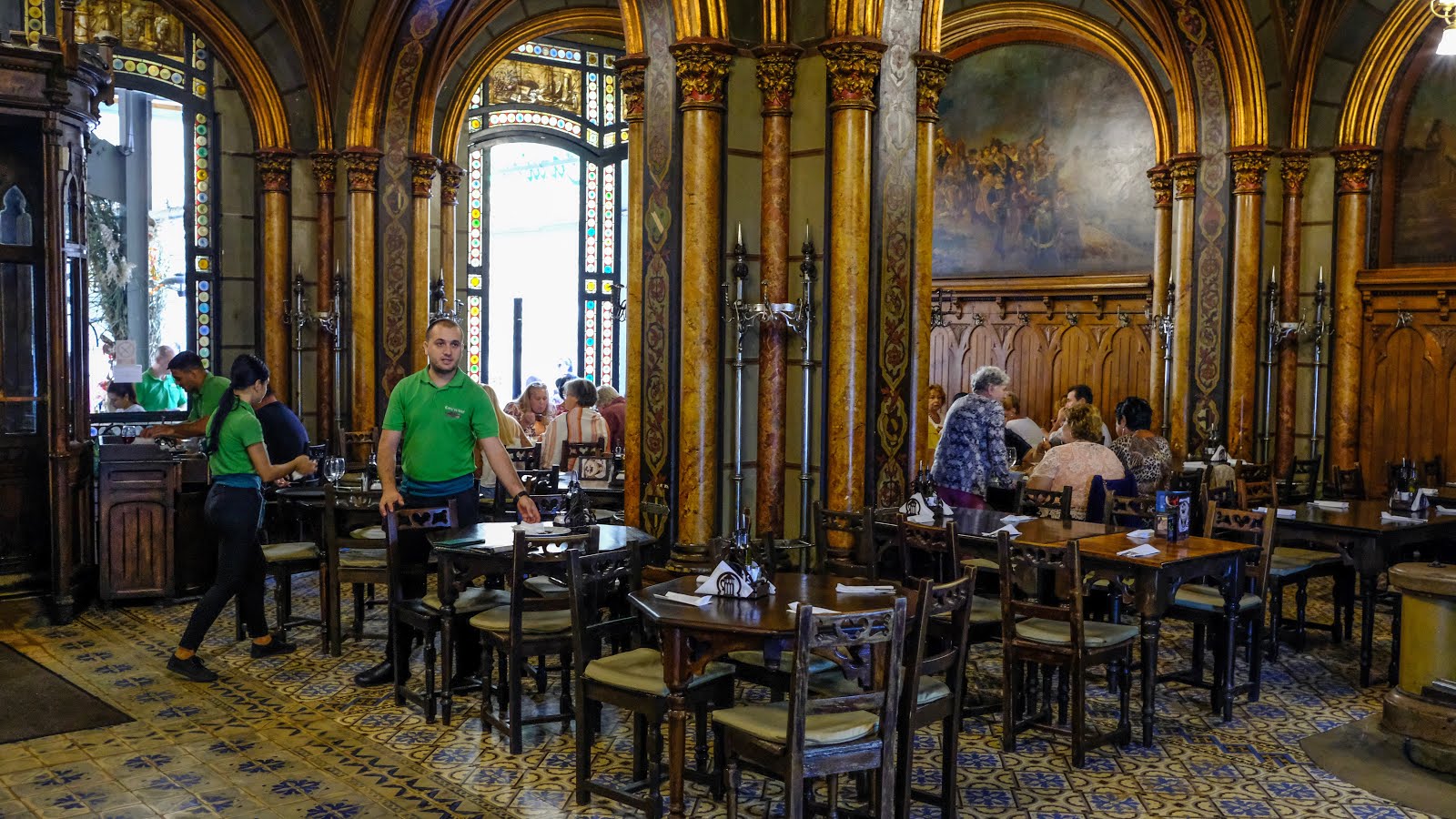 Two figures - ones who actually existed - are associated with Romania more than any others. Vlad the Impaler, from the 15th century. And Nicolae Ceausescu, who borrowed much of his thinking from the 15th century. You can tour two properties associated with Ceausescu - his mansion and the Palace of Parliament. If you took a stroll through the former without knowing who had owned it, you might well assume that this is what happens if you take an uneducated peasant, give him all the money he needs and tell him to just go wild with the decor. And you'd pretty much nail it. Gold plated bathrooms? Sure, why not. 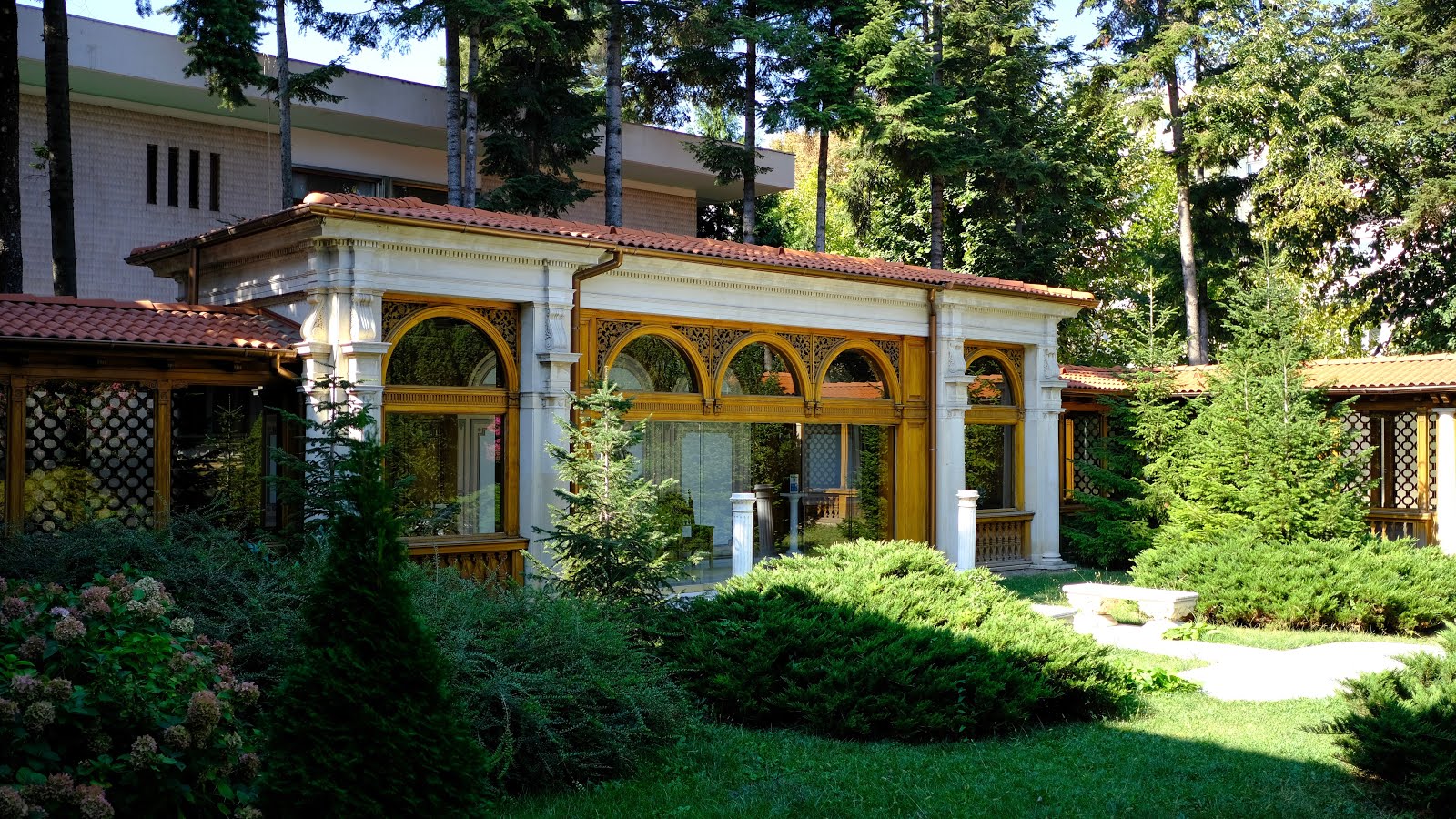 If you then strolled through the Palace of the Parliament, you'd assume that the gargantuan marble construction must have been the lavish brainchild of one of Europe's great emperor's from hundreds of years ago, who needed a pet project to spend his ill-gotten wealth, gained from overseas colonies. And you'd be completely wrong. Construction started in the 1980s, finished - sort of - in the 1990s, and is the second largest building in the world. Its scale was, and remains, entirely unnecessary, proven by the fact it is still 70% vacant. But it makes for quite a morning for a tourist, out seeing the sights. 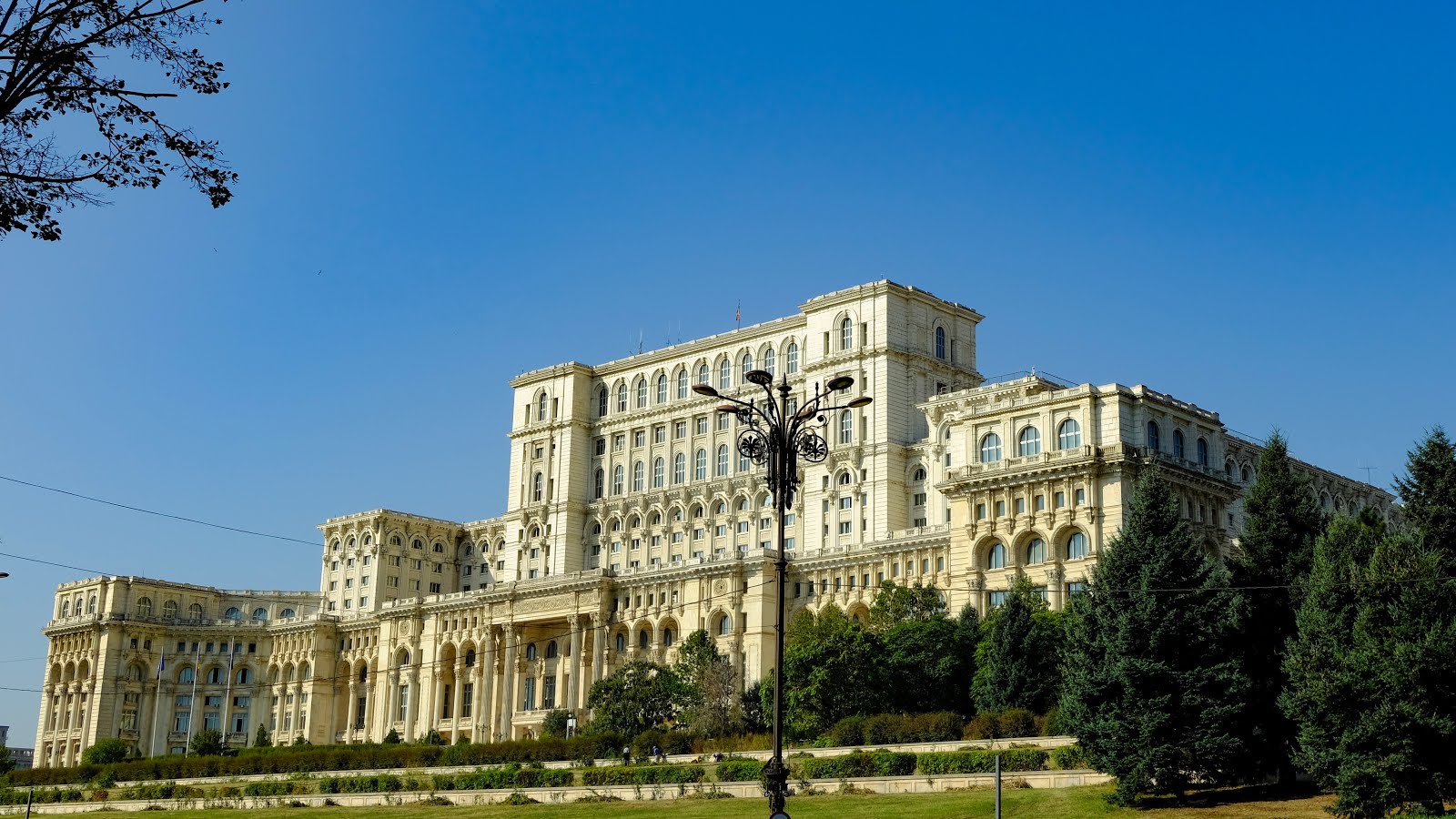 Our visit to Romania confounded the British based stereotypes, as I expected. It's a worthy destination for someone looking to take a short European city break, with perhaps a couple of days in a nearby rural location. Three days is plenty for Bucharest. I rather wish we'd had a week to explore further afield. There is always next time...