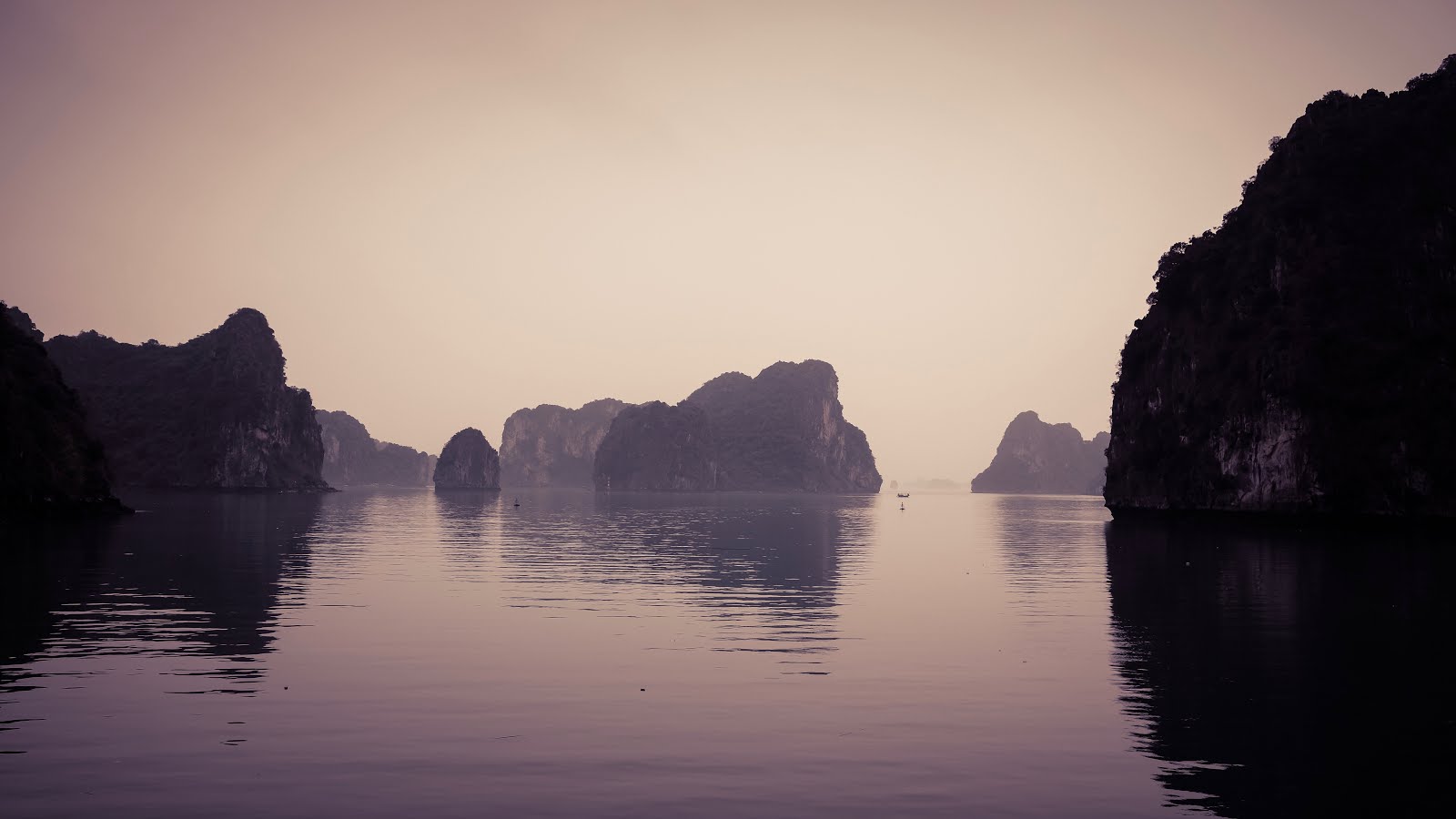 Halong Bay, just off the north eastern coast of Vietnam. Pick a cruise that suits you, and visit another world. Most people seemed to pick a one night cruise. We went for a two night cruise. I felt the place would be special enough to justify the time and cost. 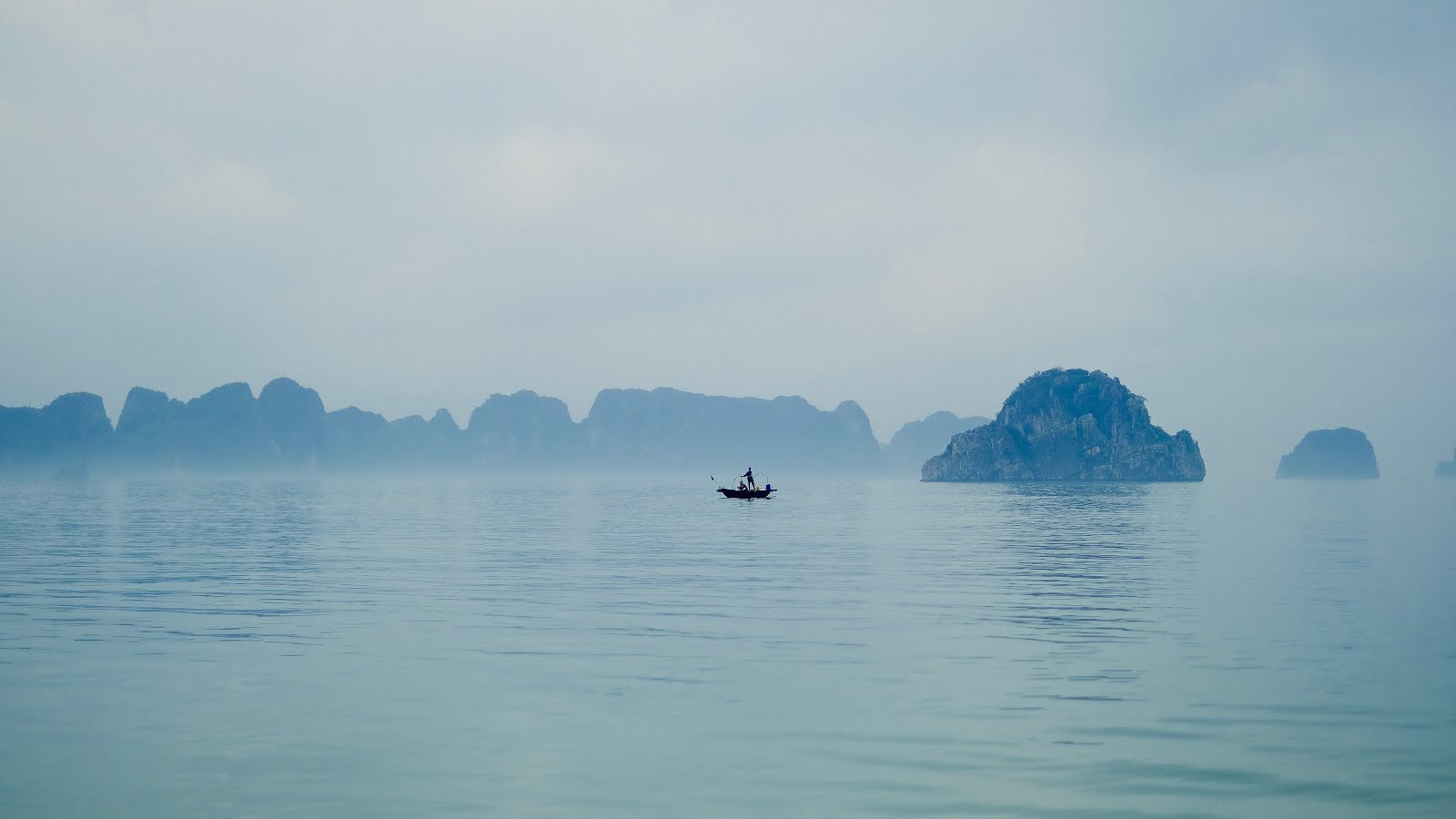 Pick a spot on the deck of your chosen boat. Any spot will do. Once you're into the bay, the views will surround you. You can't escape them. You wouldn't want to escape them. They are why one comes here. For the view. Which cruise boat did we choose? Seeing as you asked, we plumped for the Signature Royal. 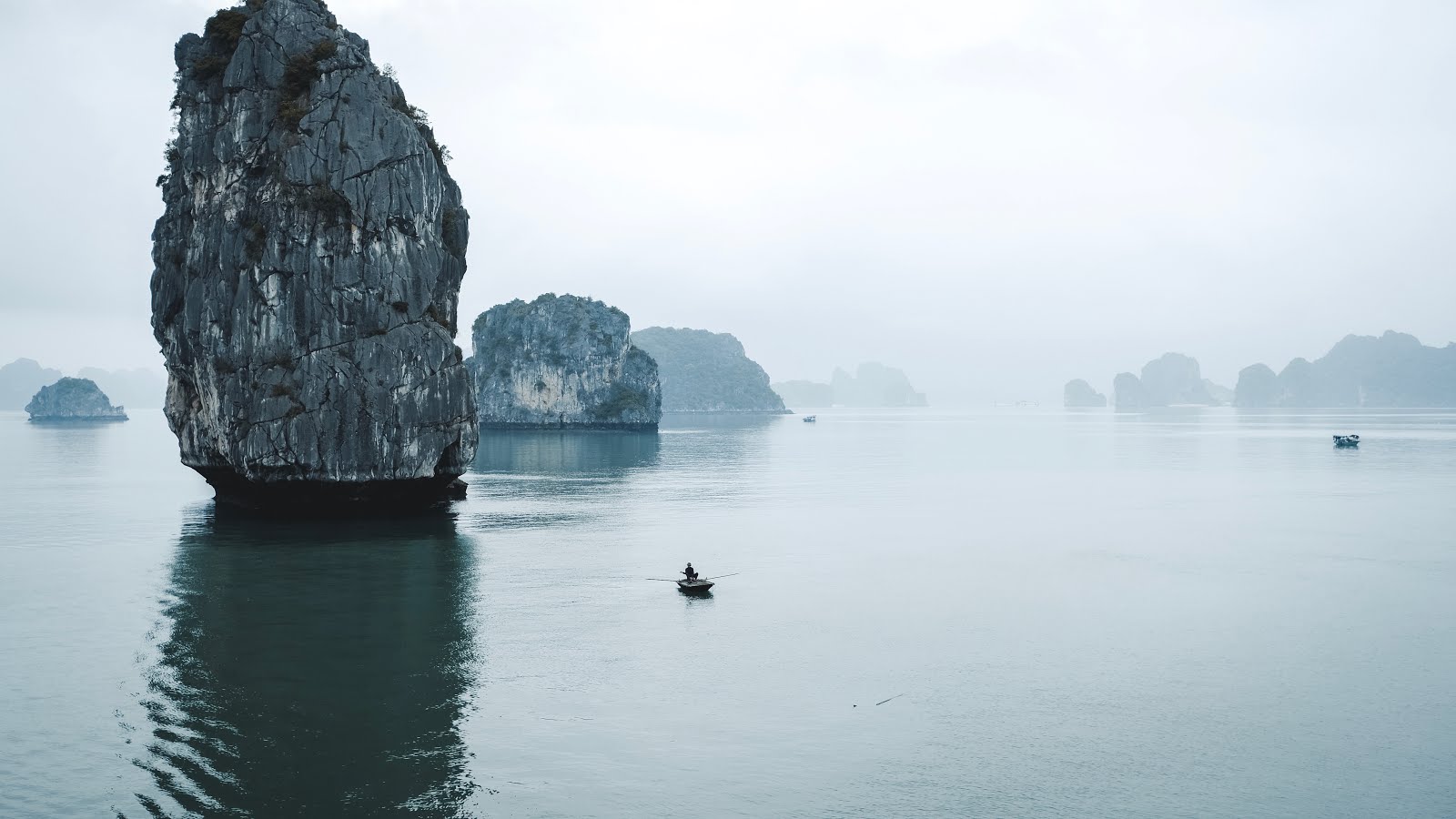 We picked that particular cruise for a number of reasons, but particularly because they send you off on a day trip into the less populated Bai Tu bay. Mrs P sat on the deck, listening to the theme tune of one of her favourite films, the Painted Veil. If you've seen the movie, you'll understand why she thought of it. If you'd heard the tune, you'll probably appreciate how well it fits with the scenery. 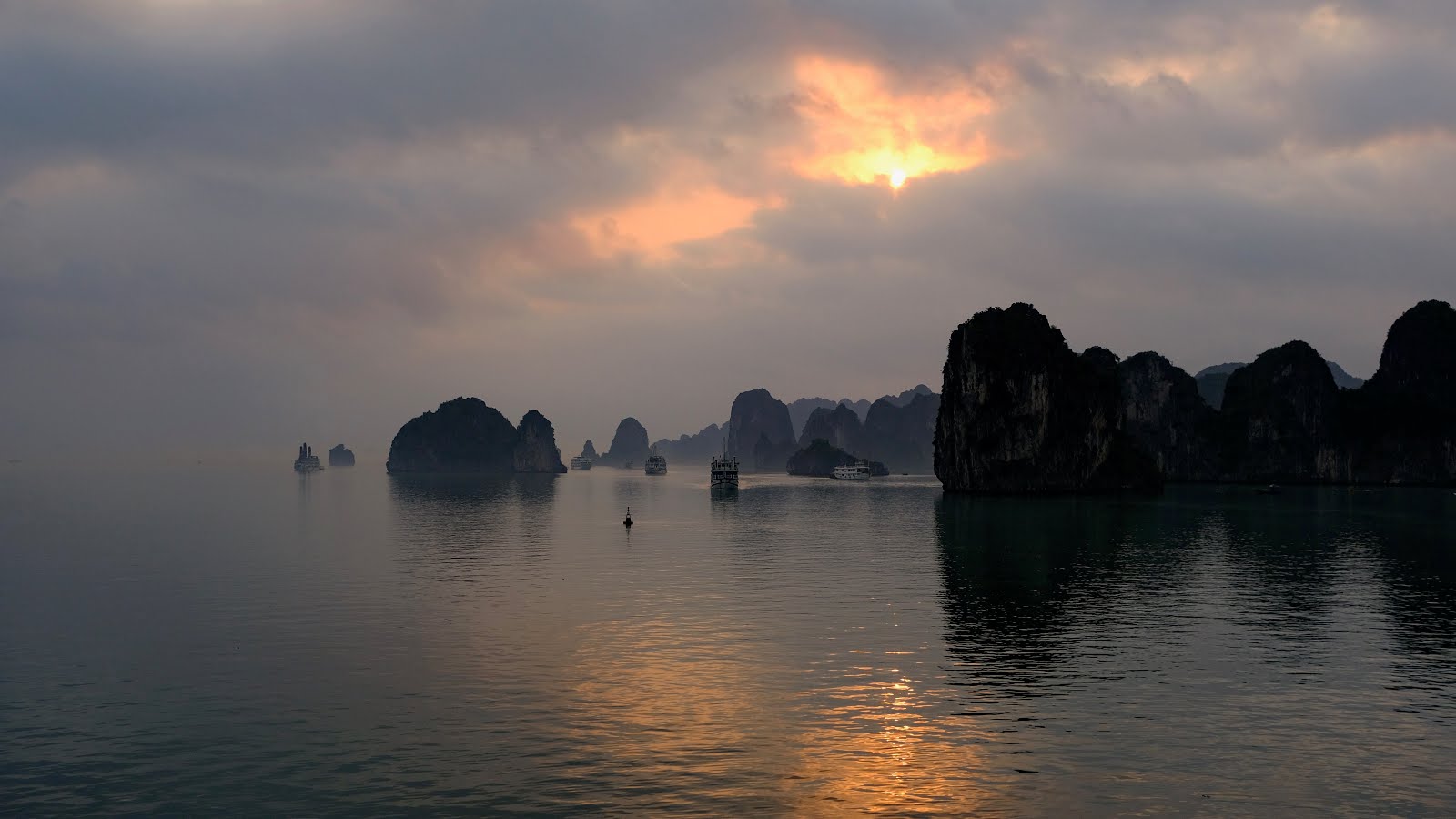 We were afloat for two and a half days in the bay. But the sun broke through the clouds for just a few minutes on the final morning, just after dawn. And then disappeared, not to be seen again. Not by us, anyway. The sun stayed just long enough for me to capture the photo above. It would have been nice to have had some more sun. But the sea mists, at dawn and dusk especially, added their own magic to the spectacular karsts, rising out of the Gulf of Tonkin. 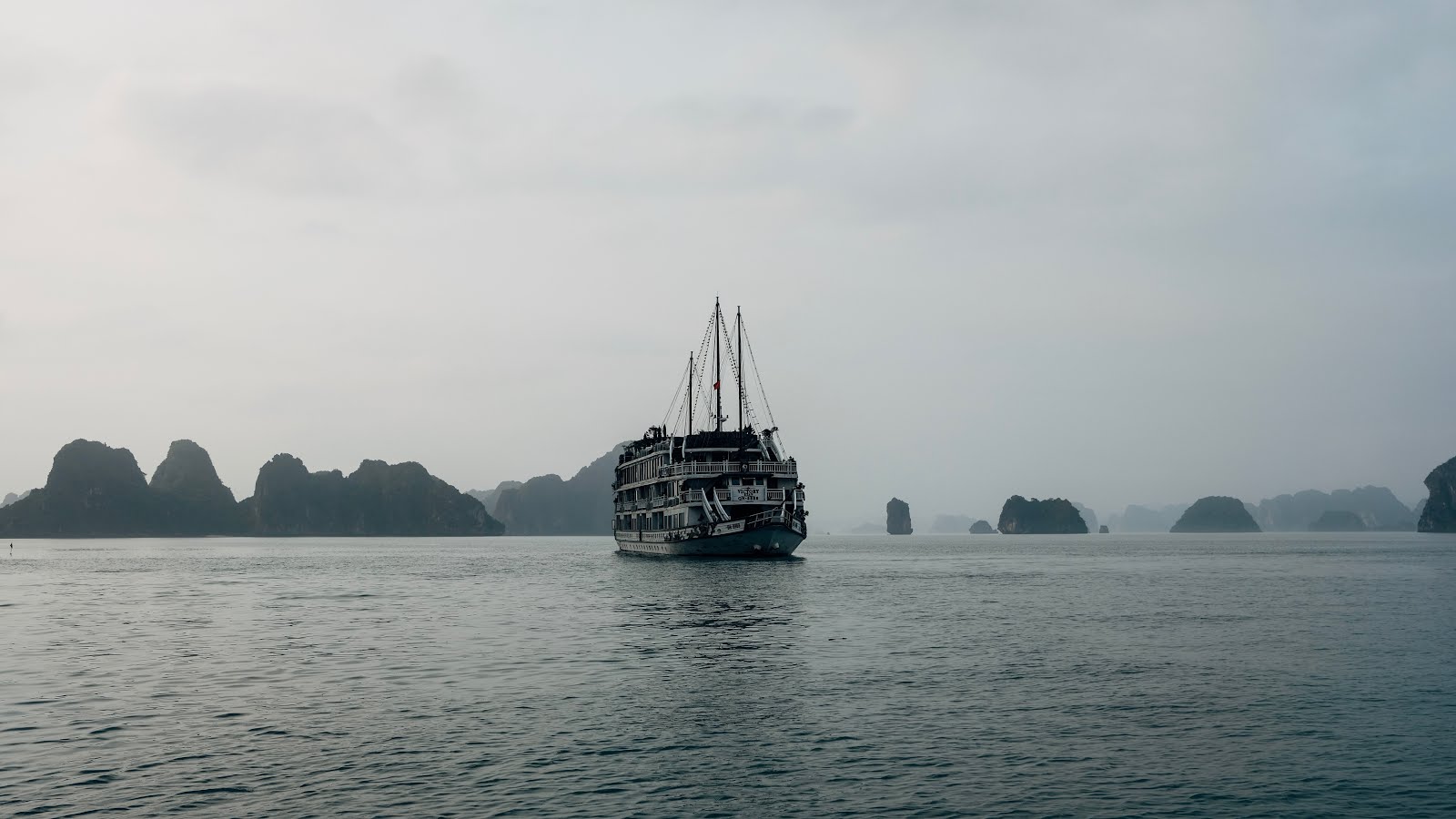 Was the decision to go cruising for two nights a good call? I thought so. I think Mrs P agrees. It was a relaxing few days. Tranquil. Peaceful. Restful. Words that one would not associate with the other stops on our two week tour of Vietnam. It was not just a pleasant respite from the fumes, din and pace of Hanoi. It was a necessary respite. And Halong Bay delivered that in buckets.
at April 15, 2019