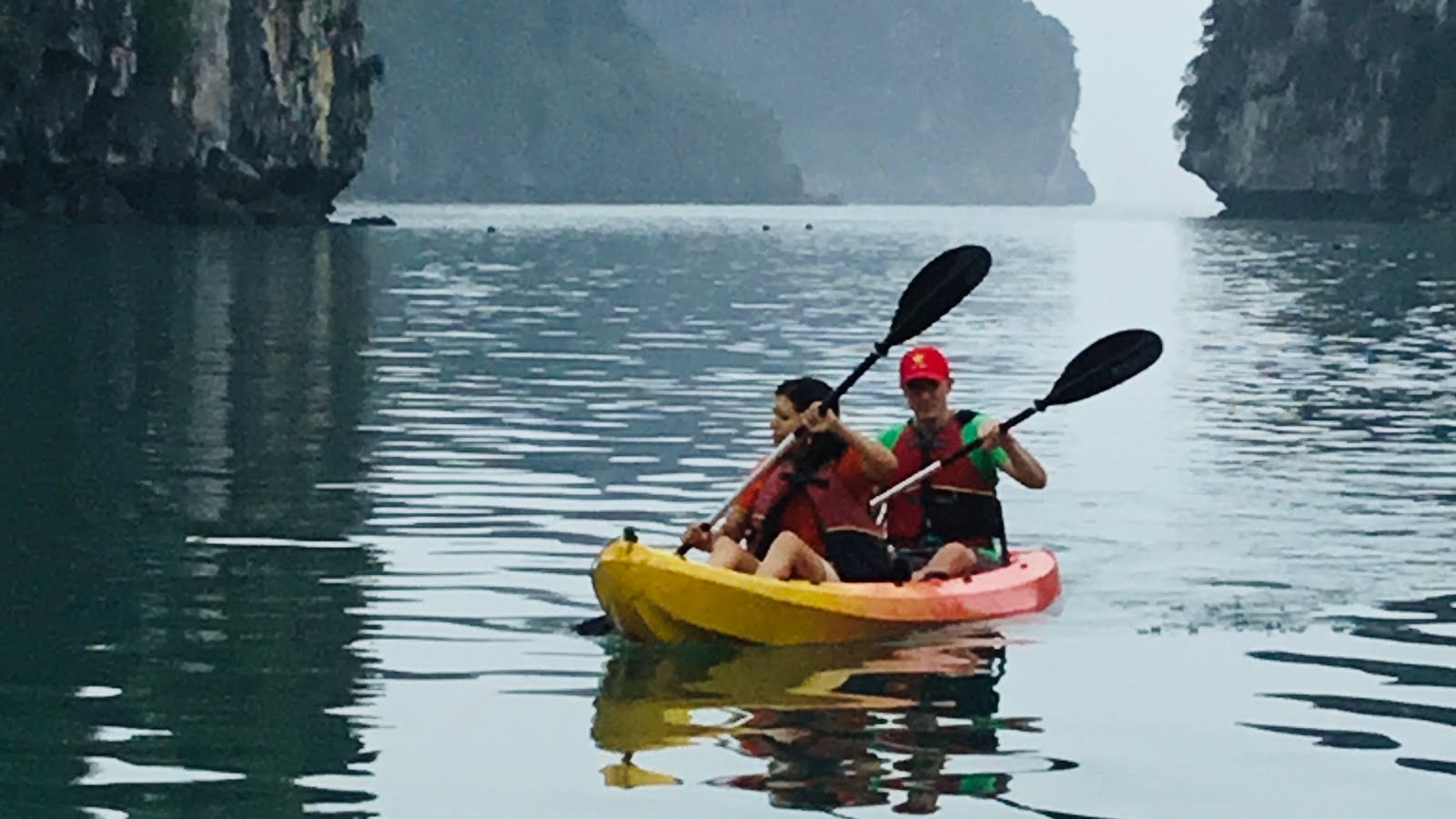 Tourism is flourishing in Vietnam, with visitors making their way to the country from all over the world. But no one sends more tourists than China. They are everywhere. Now, you might wonder how you tell a Vietnamese and a Chinese apart. They all look the same right? Oooh. Bit racist. But moving on...I can tell you, it's very easy to tell the difference. No degrees in geneaology required. Did it just hawk up a deep-lung grolly and spit it on the restaurant floor? It's Chinese. Is it chomping on its food with mouth wide open, bits of chewed stuff going all over the place? It's Chinese.

Mrs P and I took a boat trip into Halong bay. Just the two of us and the crew. And four Chinese. We settled down in chairs at the far end of the boat, intent on avoiding as much foul mannered bodily functions as possible. In the afternoon, we all went kayaking. The Chinese grounded themselves on a beach that was completely unsuitable for a landing. Then capsized trying to get out. We chuckled and paddled safely away. I may have  sung a quiet rendition of 'Rule Britannia'. I may have explained to Mrs P, 'this is how we won the Opium Wars...'

The day came to an end. But just before disembarking, one of the Chinese chaps came over to us, smiling. He'd taken a photo of Mrs P and I kayaking. Would I like it? Well, yes. Please. That's really great. Thanks. We chatted a while. He was a really nice chap, very friendly. His English was pretty good. I liked the chap, I really did.

Yes, I know. You don't need to tell me. I am a terrible human being. I am ashamed of myself, you're quite right. One moment I'm using 'it' instead of 'him/her' and was just a moral step away from UKIP membership. The next moment, I'm all please and thank you. An unforgiveable combination prejudice and hypocrisy. Please forgive me.
at April 14, 2019