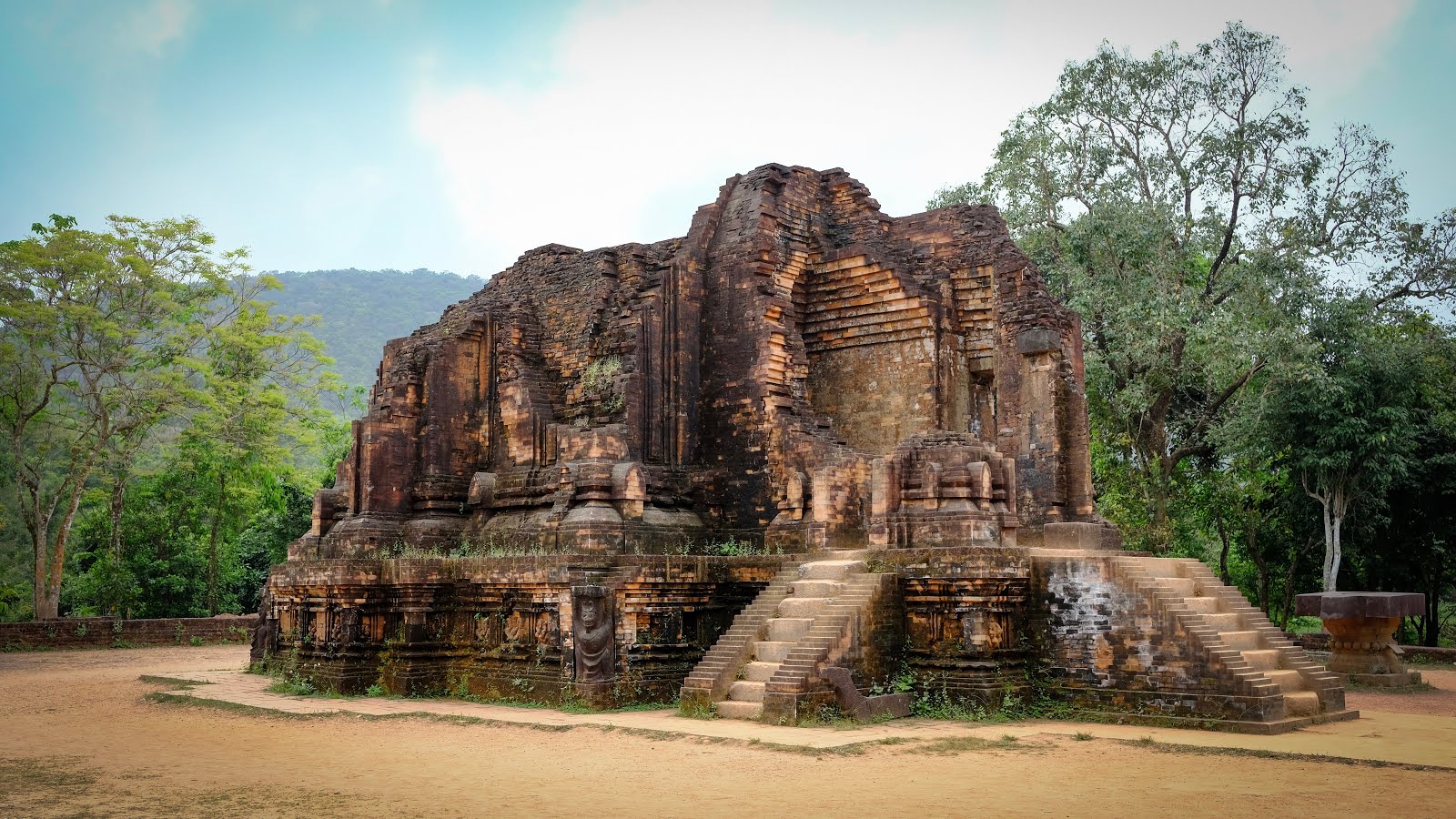 We woke early for our taxi to My Son. We could have joined an organised tour, but they are surprisingly expensive. It cost little more to hire a taxi with Hoi An Cars and travel in the luxury of a brand new Mazda CX5. The cost was 700,000 dong, we could get there before the crowds and better still, we didn't have to listen to the inane chatter of other people. 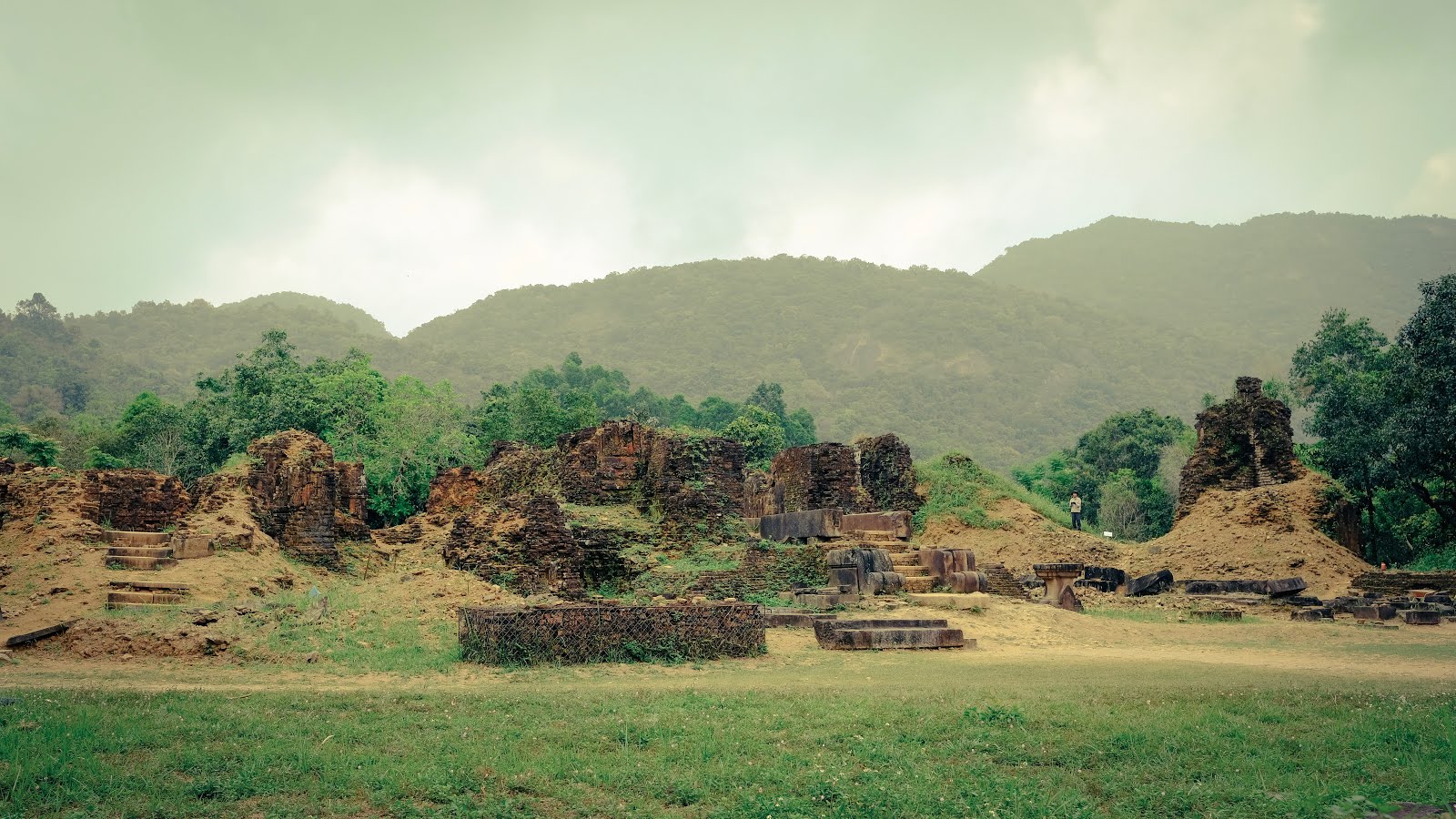 My Son Sanctuary is a UNESCO World Heritage site, home to the Champa and is an intruiging combination of local culture mixed with Hinduism from India. The origins of the place stretch all the way back to the 4th century. But if you really want to know the full story of My Son, then the UNESCO webpage will do a better job of it than I. 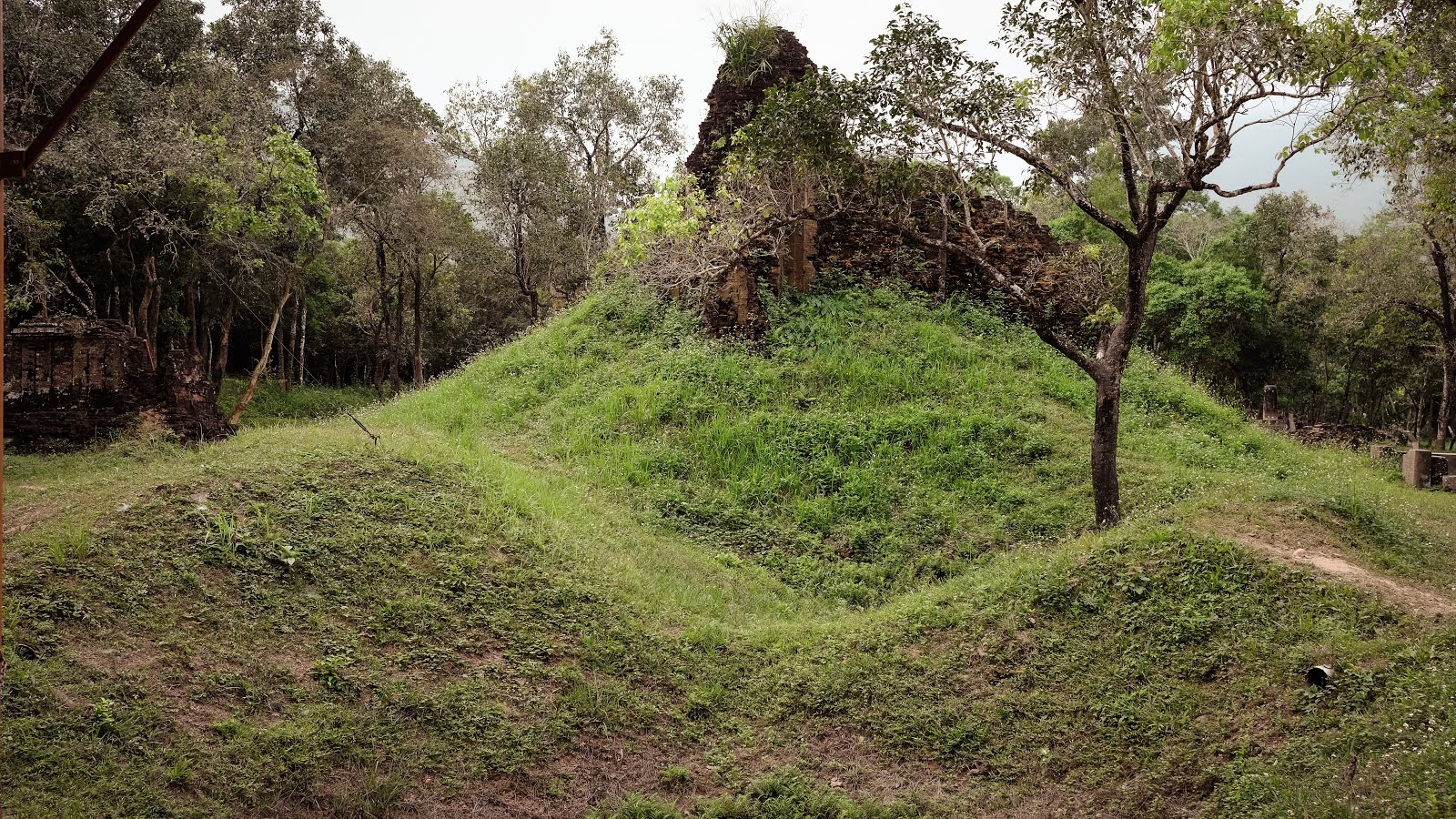 What you see in the photo above is a ruined temple and a large crater. Is there a link between the two? Of course there is. An American B52 carpet bombed My Son in the war, destroying or severely damaging 50 of the 70 buildings. There is a good deal of ongoing work, tastefully restoring and protecting the buildings that remain though. Which is good news. 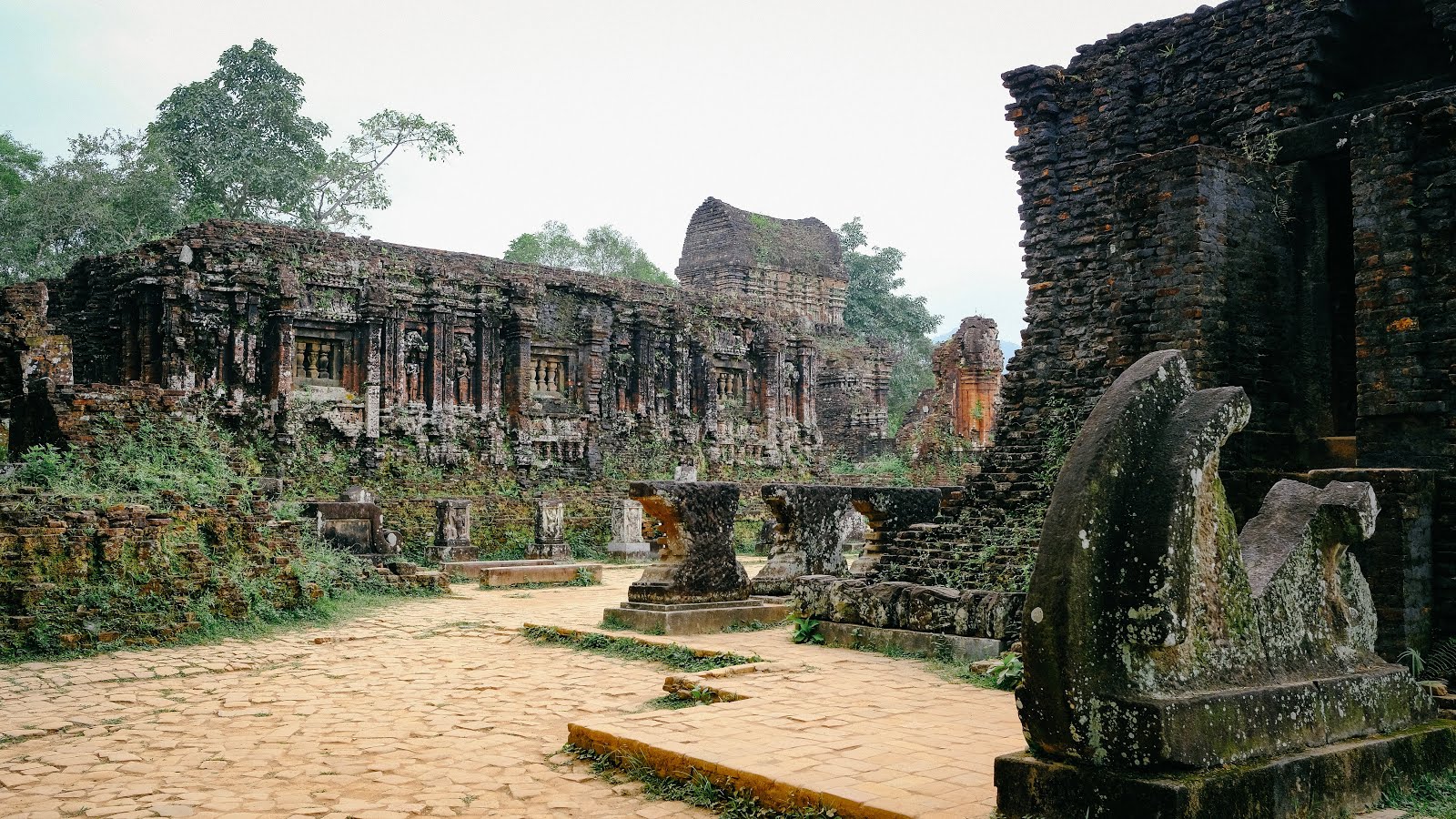 And just for once on my travels abroad, it was nice to be British. We had nothing to do with the Vietnam war, it's never been a British colony and the British Museum in London does not contain the best bits of Vietnam's antiquity, obtained through dubious means. What a refreshing change this made. 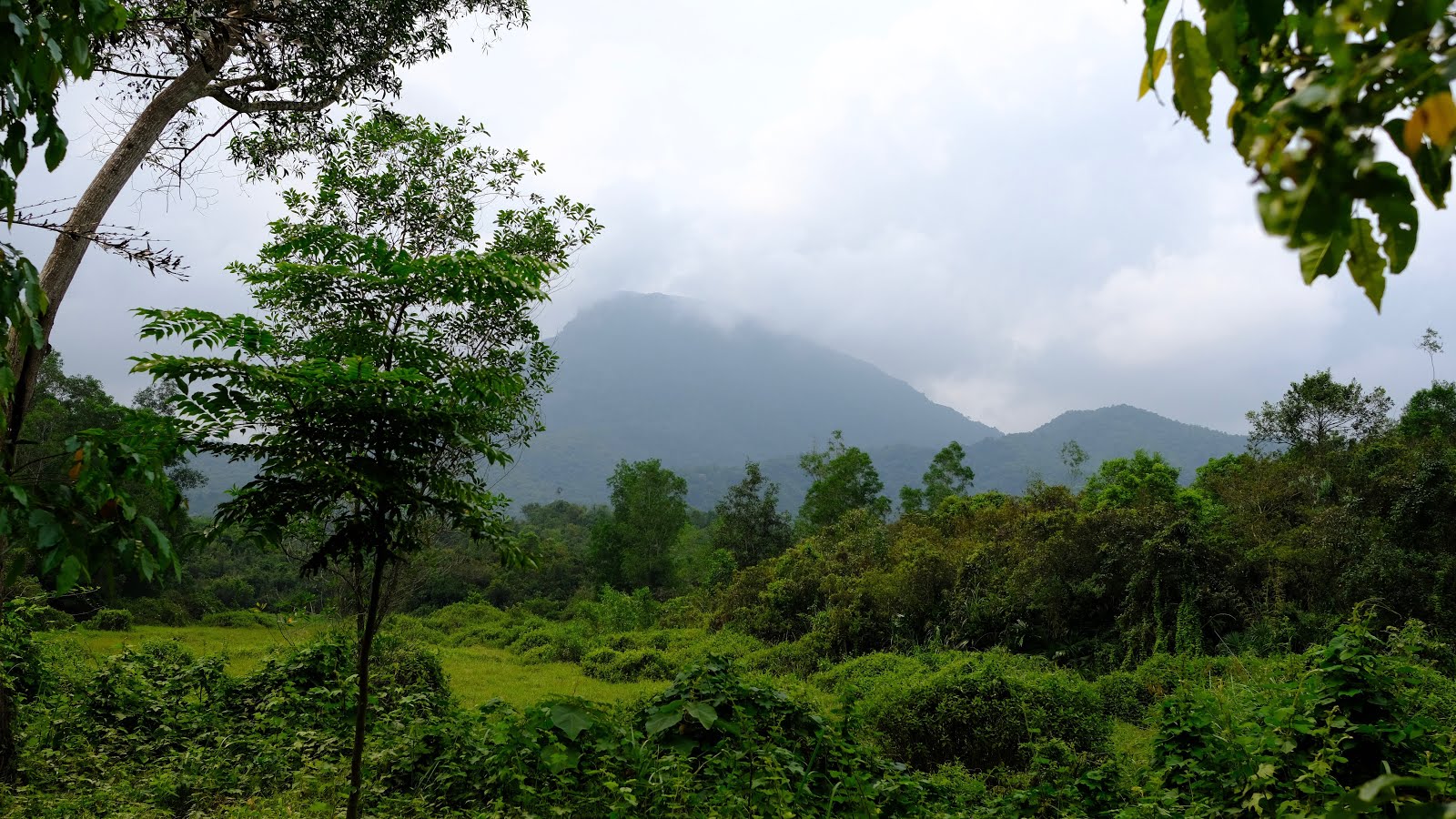 I gave this some extra thought, though. Could it be true that the British army has really never been into Vietnam? I certainly hadn't read of any such venture. But there have been so many foreign incursions, it's just impossible to keep up with them all. So I looked it up. And now I rather wished I hadn't. Because of course the British have been through. At the end of the Second World War, the British entered Saigon to remove the defeated Japanese units still there and restore order. 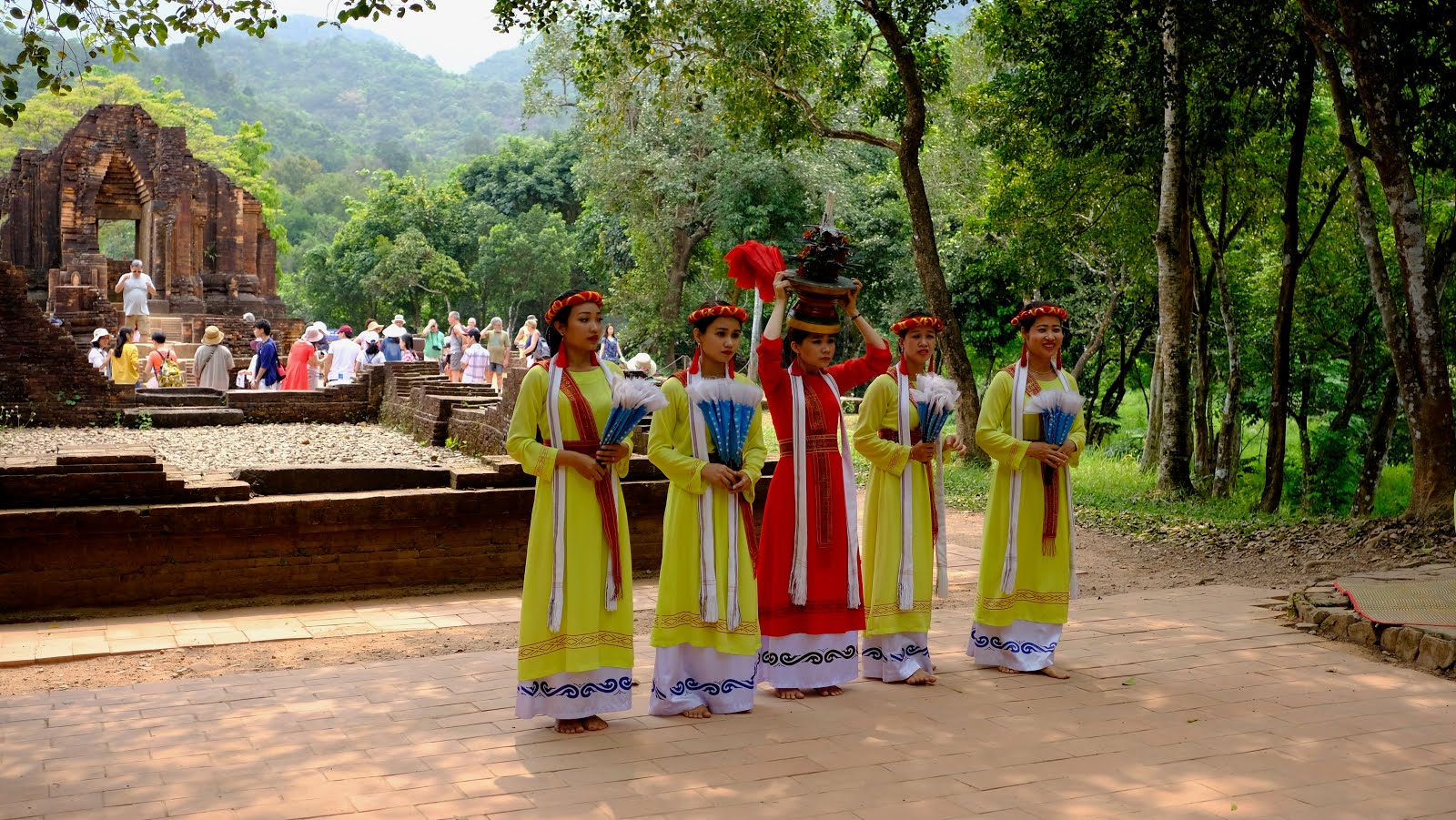 And by 'restore order', I mean  'kicked off conflict with the communist Viet Minh, reinstalled the French, and having effectively started the Vietnam War, scarpered off to cause problems elsewhere'. Who knew? Not me. Am I hugely surprised? Sadly, no. But I enjoyed our visit to My Son all the more thanks to my blissful ignorance.
at April 08, 2019