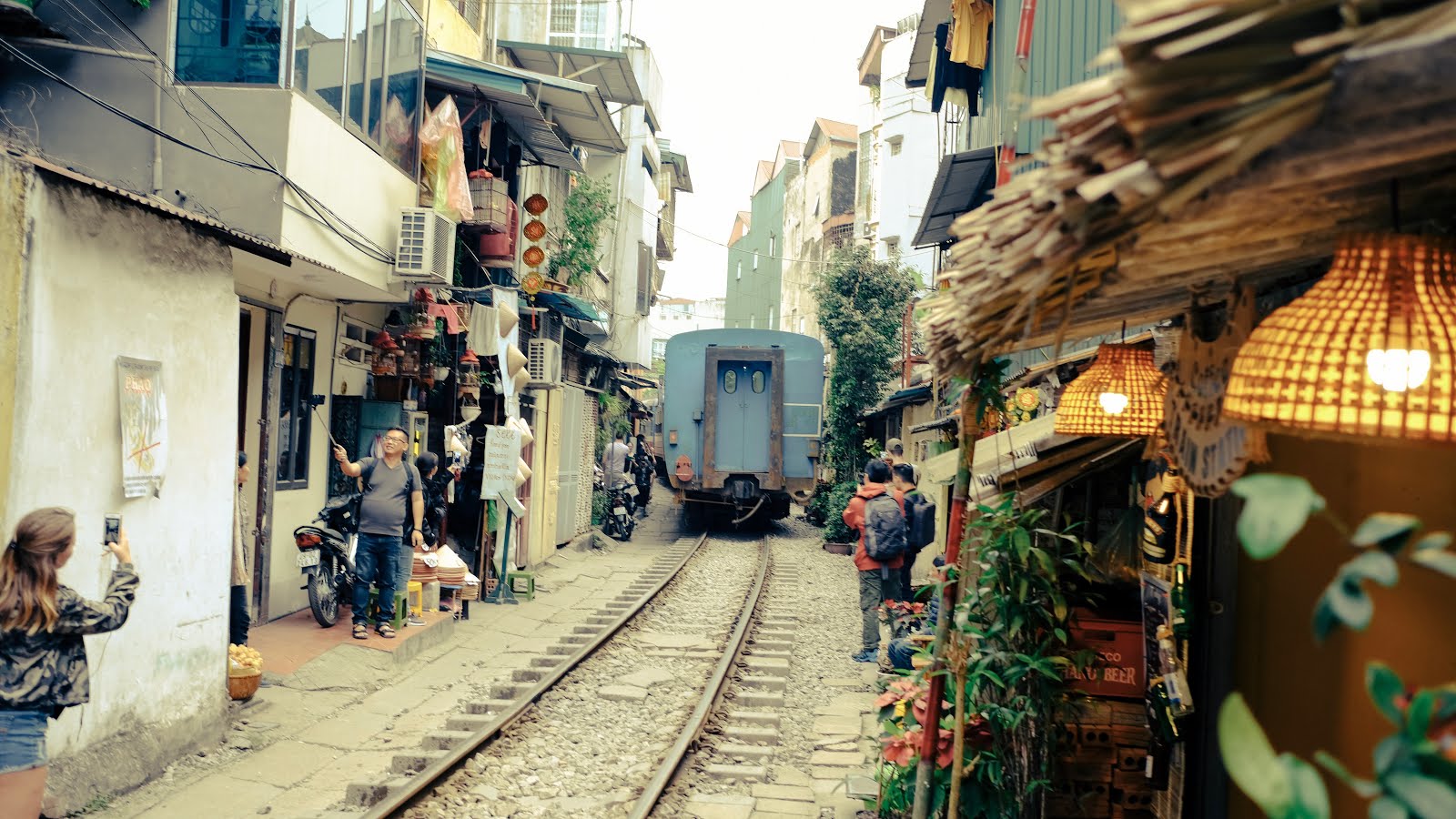 I liked travelling solo, in the days before there was a Mrs P. There's a freedom in going solo. One can do as one pleases. Travelling as one half of a couple means compromises must be made. The trip must work for both people. But still, I enjoy travelling with Mrs P too. Despite the compromises. I would have liked to ride the Reunification Express all the way from Saigon to Hanoi in a sleeper carriage. Mrs P did not wish to do any such thing. I suspect the trauma of my Indian train travel in 2017 has put her off international train travel for life. Mrs P won this argument, and we flew instead.

I did want to see the train chugging its way down Train Street in Hanoi, however. It's become quite the item on the tourist 'to do' list. Mrs P wasn't quite so interested. But I won this argument, and we strolled along in good time to see the train pass through. Our railway compromise worked for both of us satisfactorily enough.
at April 18, 2019