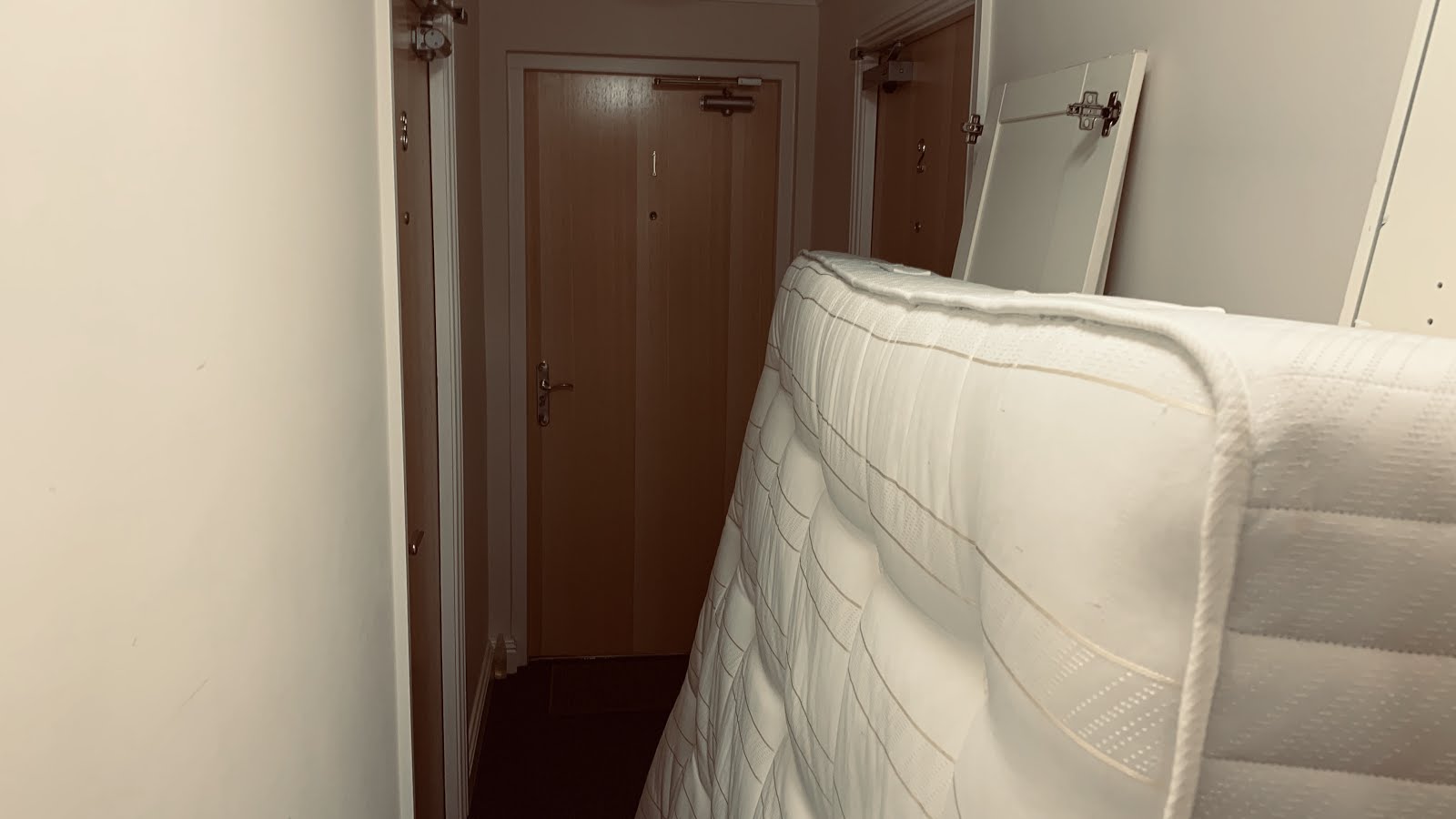 Our neighbours are moving out, exactly one year after they moved in. Apparently, the landlord is intending to sell the flat. But that's what we heard last time when the previous occupants moved out. Who knows. We'll find out soon. This isn't the first time I've mentioned the neighbours. I previously wrote about their unholy rows and the possibility of domestic violence. However, since I published that post, I don't think we've heard a single argument of note. Although two months ago somebody pinned up a poster on the communal noticeboard, titled 'Are you afraid of your partner?', with instructions on what to do if your answer is 'yes'. Perhaps someone else heard them screaming when we were out, and took indirect action. I do not know. I do know that I use it to jokingly threaten Mrs P if she carries on as she sometimes does.

And then there's the cigarette inspired coughing fits that the gentleman treats us to. They aren't ordinary coughing fits. They are the deathly choking fits I'd associate with emphysema. He can't be much older than me. It's been going on a long time, but I'll bet he hasn't had it checked out. He won't, not till it's too late. He's that sort of bloke. Which isn't an insult. I reckon most of us are that sort of a bloke.

As I sit here typing, there's a professional cleaning company inside the flat working their magic with noisy machinery and clever cleaning potions. I suspect they've got their work cut out. The ceiling will almost certainly need to be repainted to cover up the nicotine stains, although they will probably leave it to the next occupants. And once they're done and gone, we'll soon start to see people coming to view the apartment. Whether as tenants or owners, we'll have to wait to see. Will the next people be an improvement or neighbours from hell? We'll have to wait and see on that too.
at October 31, 2019