It is vacation time again! People are finding new ways to please themselves, and traveling is one of them. It can be a solo trip or with family. In either case, you want a hassle-free travel that will save you time to explore the city. It can only be done if you have planned it over before. This traveling rate has increased the commercialization even in the small towns. You won’t believe how many options you will get for your stay from local budgeted hotels to seven-star hotels. You can choose accordingly as per your budget.

On exploring the internet about hotels in London, you will get immense options that will blow up your mind and make it difficult for you to choose. People have their priorities set; if they are going on a vacation, they will choose hotels within the city, and if for business, most people try to stay near the airport. When it comes to the airport, Heathrow is considered to be the most beautiful and large airport. You can get stays nearby quickly, and many hotels are willing to help you to visit the city in your meantime.

If you are looking for such a budgeted luxury Heathrow airport hotels with parking, then you should consider trying with Atrium Hotel Heathrow.

Choosing the best option among many hotels

It may be challenging to choose the best among all, as each hotel offer you tempting offers to welcome aboard. But you can choose wisely among all? Though, you can try to filter out hotels as per your requirement. This decision can be based on many factors like location, luxury, budget, and many more. It is essential to make the right choice as your complete journey depends on where you stay. If you are happy with your hotel and service, then you can consider it to be the best part.

How a pleasant stay will leave an impact on you
A visit is one of the essential parts of your journey, and you want it to be in the right way. Before the rest, you try to do all the research about the hotels and the place where you are going to stay. Hotel management takes care of all your need during your stay and makes sure you will love their service and expect you will recommend them to your friends. But sometimes there is no guarantee of the quality, so be careful with your research part.

It has become the trend now that travel bloggers visit places and share their travel and stay experience with the world through their social media platform. It is one of the best ways that any hotel can create their awareness among people. Apart from this, an excellent staff makes sure your stay should be a memorable one, and you revisit the hotel again. So make sure you choose the right one and make your stay remarkable.
at November 23, 2019 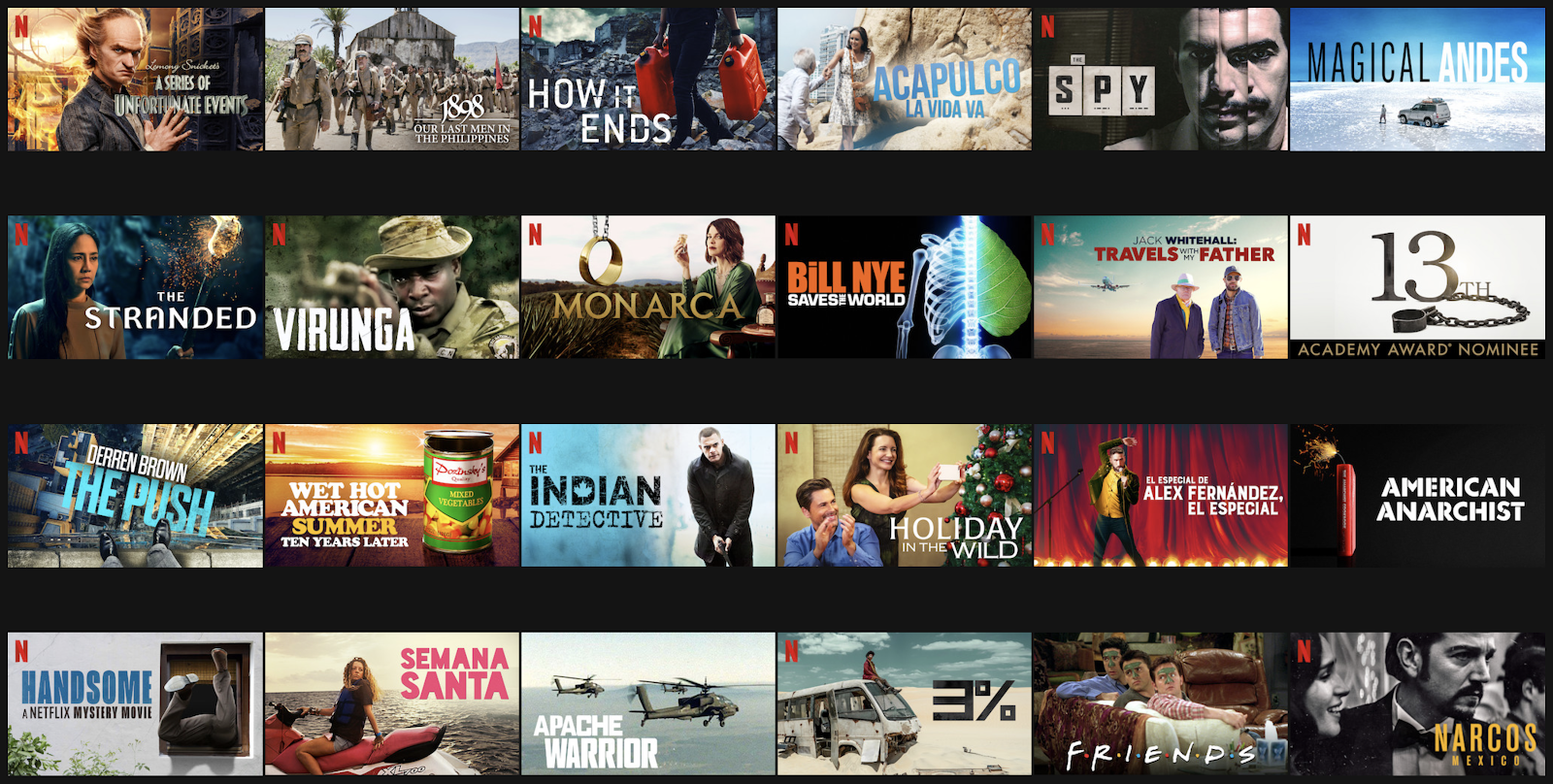 Subtitles are a wonderful invention. For the hard of hearing, or just plain stone deaf, they give meaning to the magic of the moving picture. They reveal the mystery of a foreign tongue. And they bring us a dose of humour when they go wrong. Yet I did not warm to the subtitle for many years. They were a distraction. A nuisance. Irritating. Their mere presence on screen would compel me to change channel.

I did not watch foreign films. Ever. Except, if I’m to be entirely truthful, with the exception of a few choice late night French or Spanish flicks on Channel 4. There was no internet when I was a teenager. A saucy señorita revealing a breast or two in a moody continental film was pretty much as good as it got. Teenage angst is defined by the horror of patiently sitting through a film one does not understand, only for the joyous moment to be dashed by subtitling covering up the wonder of the female nipple. Lads born on this side of the millennial divide just don’t know how good they’ve got it.

Then I moved to Mexico. And subtitles became the norm. If we went to the cinema, I had to make sure I booked tickets for the subtitled version and not the dubbed one. At home, anything we watched either had Spanish subtitles on for Mrs P, or English subtitles for me. I became used to subtitles. They ceased to bother me at all. Indeed, they opened up a whole world of cinema to me.

Without subtitles I would never have met Hatidze in Honeyland, an endearing Macedonian production. I would not have gone on a trip to Acapulco with Mariano, Antolin and Justo. I would not have hit the campaign trail with Luis Colosio, and experienced the ensuing tragedy, in both 1994 and The Candidate. My taste buds would not have been tantilised by the Taco Chronicoles. I would not have become acquainted with the scandal of the Alcasser Murders in Spain. And I would have entirely missed out on the most bizarre real-life political murder mystery I've ever come across - Killer Ratings. I highly recommend all of the above, most of which can be found on Netflix.

Of course, every silver lining has a cloud. The cloud being Parchis. For Mrs P, it was a nostalgic trip back to her childhood. For me, it was drivel that achieved nothing more than inspiring a sense of pity for kids growing up in Mexico in the 80s and 90s. Whether they deserve the same level of pity as us British teens wailing at subtitled nipples is open to debate. You can decide that one for yourself.
at November 23, 2019 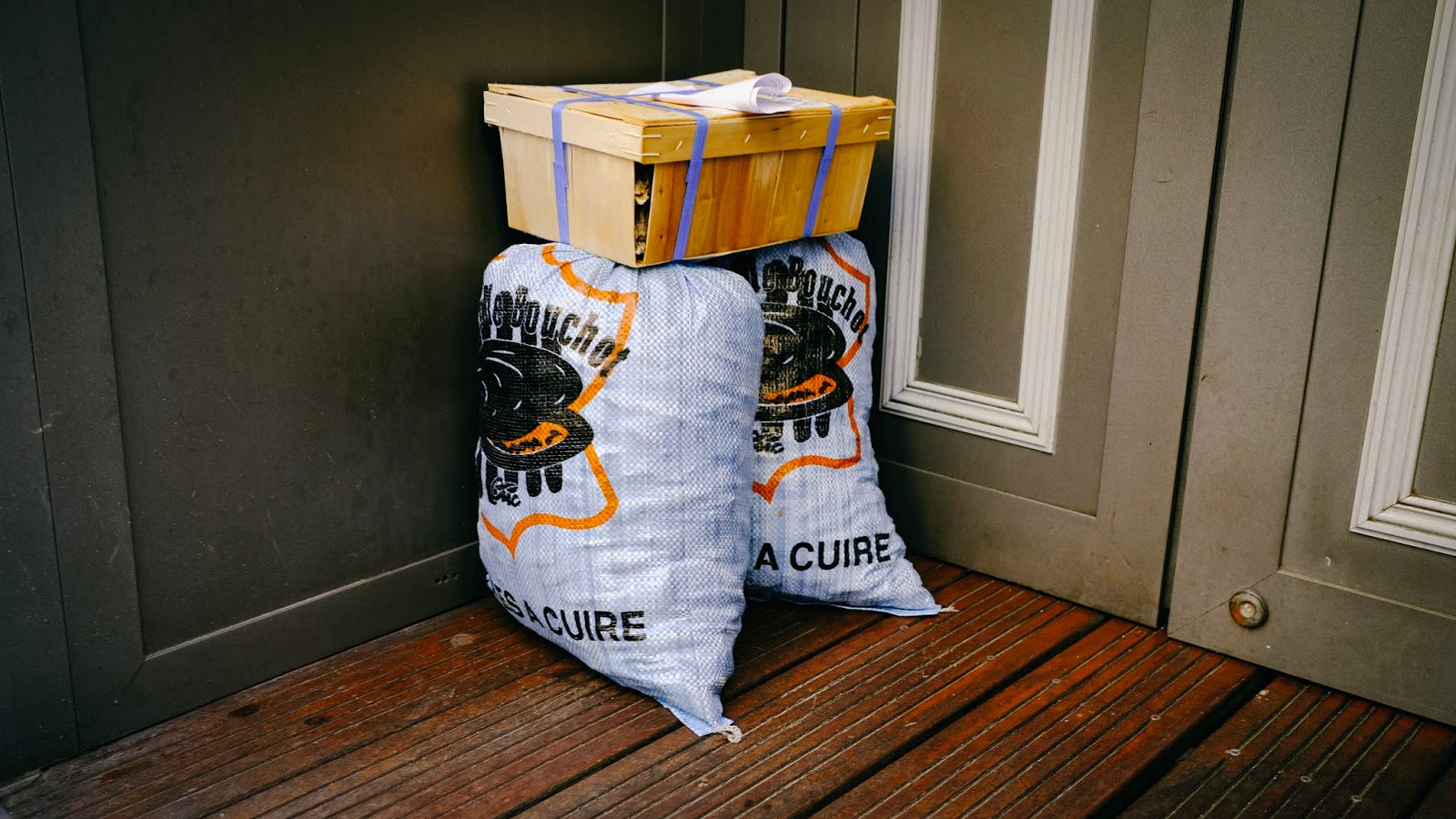 One of the delights of popping across the channel, be it to St Malo - the location of our most recent jaunt - or elsewhere in France, is to sample the food. The French are famous for many things, but I'd argue that their food is top of the list. Any decent blogger worth their salt would produce lengthy reports on the culinary delights they sampled, reviews of the restaurants they visited and rave about the wonders of the French food scene in general.

Alas, I'm not worthy of any salt. Not the table, rock or sea varieties. My palate has the sophistication of a single celled organism. I'm as easily pleased in a hamburger joint as I am in a multi Michelin starred restaurant. This does at least make me a cheap and cheerful dining companion. My scale for rating food stretched from 'absolutely delicious' to 'well, I didn't spit it out'. The latter would, of course, be muttered quietly and even then only to the most trusted of dining companions.

I am ever so British. I could be served a broth scooped from an unflushed toilet, topped with maggots and a sprinkling of dustpan debris and I'd likely still inform an enquiring waiter that 'everything is just fine, thank you'.

The best I can do for you, should you happen to be curious about foodie options in St Malo, is inform you that they are very famous - unsurprisingly for a coastal town - for seafood. Mussels and oysters top the bill apparently. The photo above is of a couple of bags of mussels and a box of oysters (I think), dropped off outside a restaurant early in the morning. Most restaurants seemed to have a sack or two awaiting the arrival of the chef.

When we dined that evening, we were presented with a menu filled with different fish and shellfish options. I, ever the contrarian, ate steak. Which was 'delicious'. Mrs P went for the oysters, seeing as our home town on the northern side of the English channel is even more famous for mussels than St Malo. We like going to a local Loch Fyne restaurant where she can eat unlimited mussels on Tuesday when they are in season. I will eat steak. Or traditional fish and chips if I'm trying to 'fit in'.

Nothing during our short stay came close to 'well, I didn't spit it out'. Prices were reasonable - neither cheap nor expensive. There is a shop that sells butter which is very famous. We brought back a packet of their smoked stuff, which also fits in the 'delicious' category. I rather wish we'd brought back more of the stuff. What else can I say? I think I'm done on the topic.

If I were ever to branch out into the food blogging scene, I do know the niche I'd like to occupy. The title of the blog would be 'Cheese I've Eaten', which tells you pretty much all you need to know. I could live on cheese and bread. I've yet to find a cheese that my taste buds object to. Creamy cheeses, hard cheeses, blue cheeses, smoked cheeses, processed cheeses, mature cheeses, stinky cheeses, stringy cheeses - I like the lot. I've always liked cheeses.

I have fond memories of working on a delicatessen in a posh convenience store in the late 80s/early 90s. No off cuts were wasted. And there were a lot of off cuts. Indeed, if I am going to be absolutely honest with you, dear reader, then I must confess that what I refer to as an off cut would possibly be described as theft by the store owner. But it was all such a long time ago, let's simply describe the whole thing as a matter of semantics.

Still, my single celled palate developed a certain degree of hitherto undiscovered sophistication during my time working for that delicatessen. I discovered many new cheeses there, Roquefort being my favourite. But ultimately, nothing quite beats a real top quality extra mature cave aged cheddar. It's such a versatile cheese too. You can slice it up for a sandwich with some Branston pickle. You can melt it for the perfect Welsh Rarebit. Or just chop a big chunk off to go with a Cheese Ploughmans.

I don't think we actually ate any cheese in St Malo. The French are currently engaged in a national sulk having done so poorly in the World Cheese Awards. Perhaps the nations stocks of cheese have been removed from public view until the shame has passed. The awards are not to be taken too seriously though. An American cheese won, after all. The best thing I can say about US cheeses is that they're not Mexican cheeses. But when all is said and done, once all the insults in the world have been offered and received, after tempers have cooled - there's still not a cheese in that list - or any list - that I don't like
at November 09, 2019