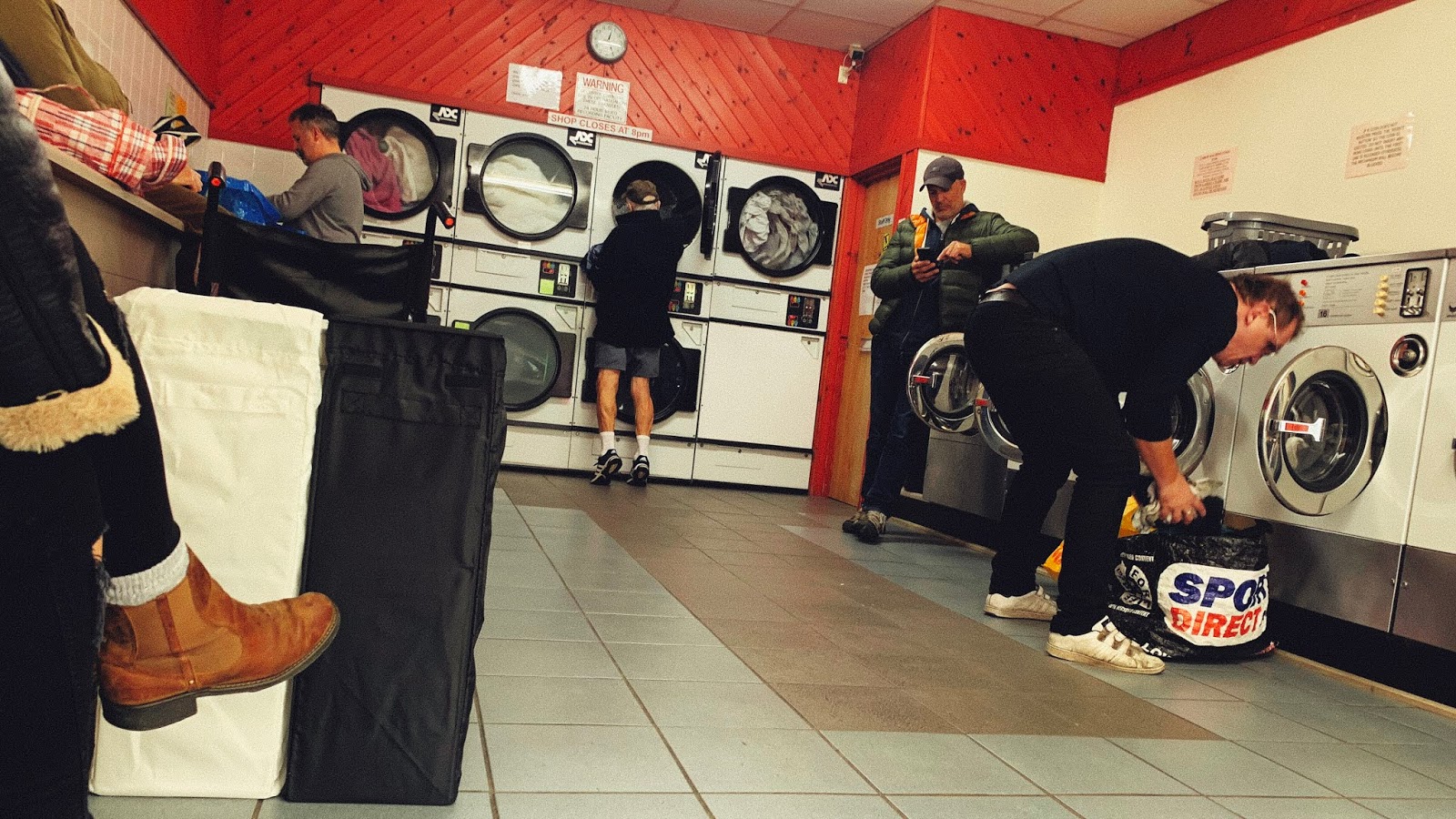 Mrs P and I share the household chores. That is how she would describe it. I feel that it would be more accurate to say that I am allocated chores, which must be completed in a specified manner within a specified timeframe. It is also safe to say that there are substantially more chores to do than there would be if I were in charge. But I’m not, so it’s best to just crack on and get them done.

One of my chores is to take the washing out of the machine at home and take it all up to the launderette for drying. I do not personally involve myself in the washing process. I would not divide the clothes into lights and coloureds correctly. And I wouldn’t use the correct amount of detergent, conditioner and bleach. Mrs P is Mexican, so of course there is bleach. Cleaning isn’t cleaning unless there’s bleach.


Our washing machine at home can also, in theory, dry the clothes too. But like any washer/dryer that I’ve ever come across, it’s next to useless at drying. It’d be quicker and more effective to dry each item by hand with a hairdryer. But that would still be too time consuming. So we don’t bother. I run the clothes and linen up to the laundrette to use their massive, purpose built dryers.

The laundrette is just a hundred metres up the road from us. So I often walk, unless we’ve been doing extra loads and it’s all a bit heavier to carry than I can be bothered with. The laundrette is very literally up the road. I wish it were down the road. It’s a lot easier to carry wet washing down and dry washing up than it is the other way round. But it is what it is.

Still, I don’t mind doing the drying. Once I’m there, it’s just a matter of filling up a couple of machines, sticking £1.60 in each one and then relaxing while they do their thing. Sometimes I’ll read the news on my iPad, or play a game of backgammon. Or maybe I’ll take a photo. There’s something very photogenic about launderettes. Other times, if she’s about, I’ll chat to the lady who runs the launderette. We’ve been chatting for about five years now, so we’re on friendly terms. But I have no idea what her name is, and she doesn’t know mine. She’s a great source for local news and gossip though.

Through her, I know that the guy who owns the pokiest shop on the small line of shops across the road actually owns most of the properties on the street. I know the Indian restaurant closed down in part because of a shocking hygiene problem. I learned about the new micro brewery next door long before it ever opened for business. And in return I’ll let her know the state of play on the railways. I don’t think she ever actually takes the train anywhere though.

The machines have my clothes dried in about half an hour. It can take that long again to fold them on the folding counter. Then I take them all home. Mrs P will chide me for taking so long. Then she will allocate me further chores. There are always more chores to do. Always.
at January 27, 2020