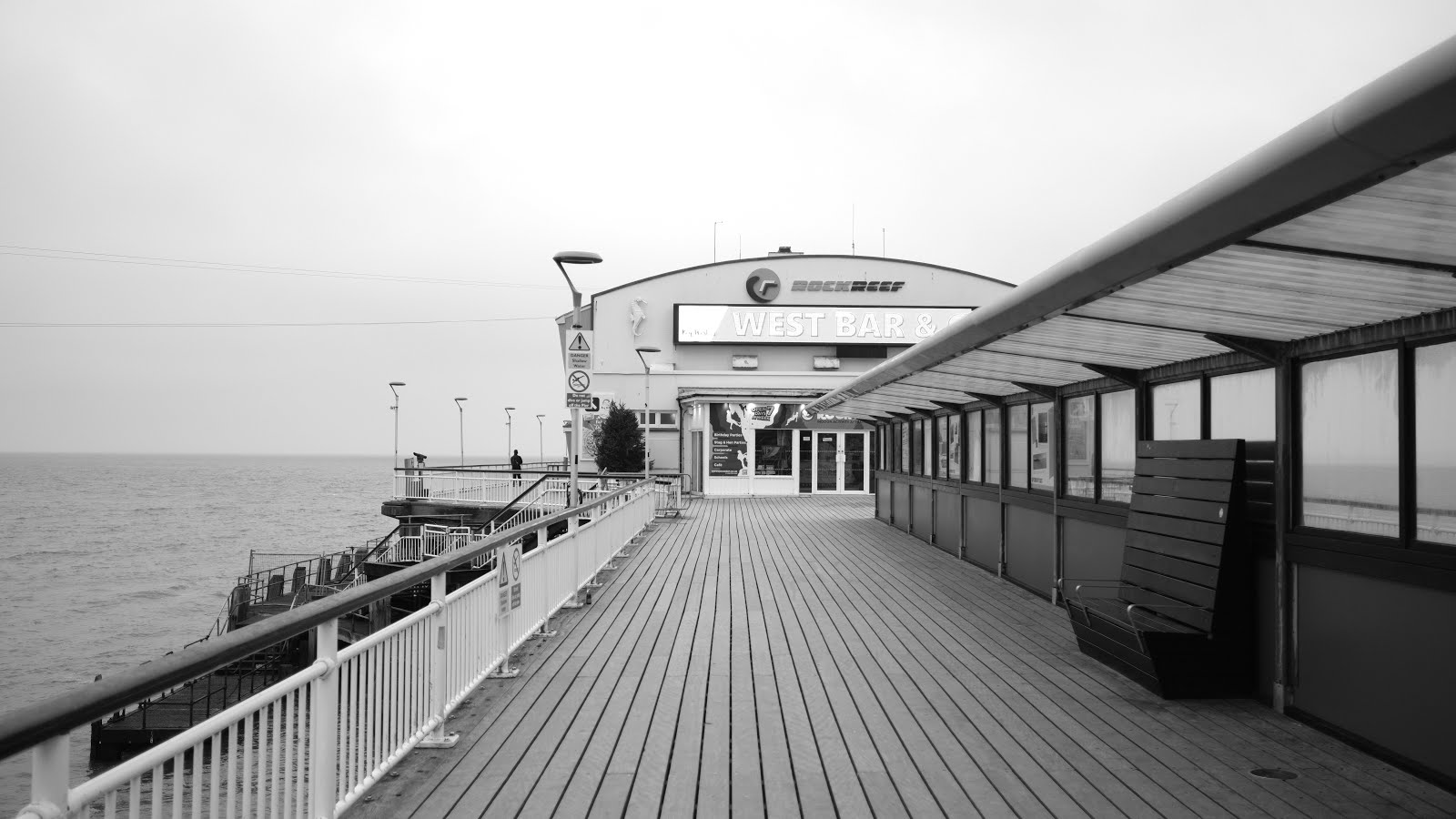 I no longer publish photos to Flickr. The subscription price increase was a bit rich for my liking. So my photos live in a more private Apple based silo these days. But I still upload some of my better photos to 500px. I like the site and it's free to upload a few photos a month. It's quite an active community too. My photos get a few likes over a 24 hour period after uploading. Then interest dies a death. Except for this photo. I've no idea why, but a week later and it's getting a couple of likes a day.

I like going to the pier on a quiet day. It's a good place to sit, think and reflect. Beyond the horizon is Europe. It would, perhaps, be amiss not to reflect on Brexit today. The UK signed up to join the EU (nee EEC) in 1972, formally entering the organisation on January 1st 1973 when I was 2 months and 23 days old. I've not know a UK outside of the EU. But today I am no longer an EU citizen. That loss  of citizenship isn't a notional concept. I've been summarily stripped of a number of rights, opportunities and freedoms.

Were I a journalist writing an objective summary on the UK's departure from the EU, I'd use the Five Ws to detail the event. Who? Right wing ideologues. What? Fear, prejudice. When? From 1994s Maastrict Treaty onwards. Where? The tabloid media. Why? And that's the $64 million question. Why, indeed. But it's done. We move on as best we can.

One day we may rejoin. But first Brexit must be shown to be a mistake. And, I hope, the EU will also learn from this painful process and seek to reform into a community that the people of the UK will feel is something they wish to belong to. Alternatively, without the UK's obstructive presence, the EU may choose to use the opportunity to further integrate into a federal union that would be difficult to sell to the British.