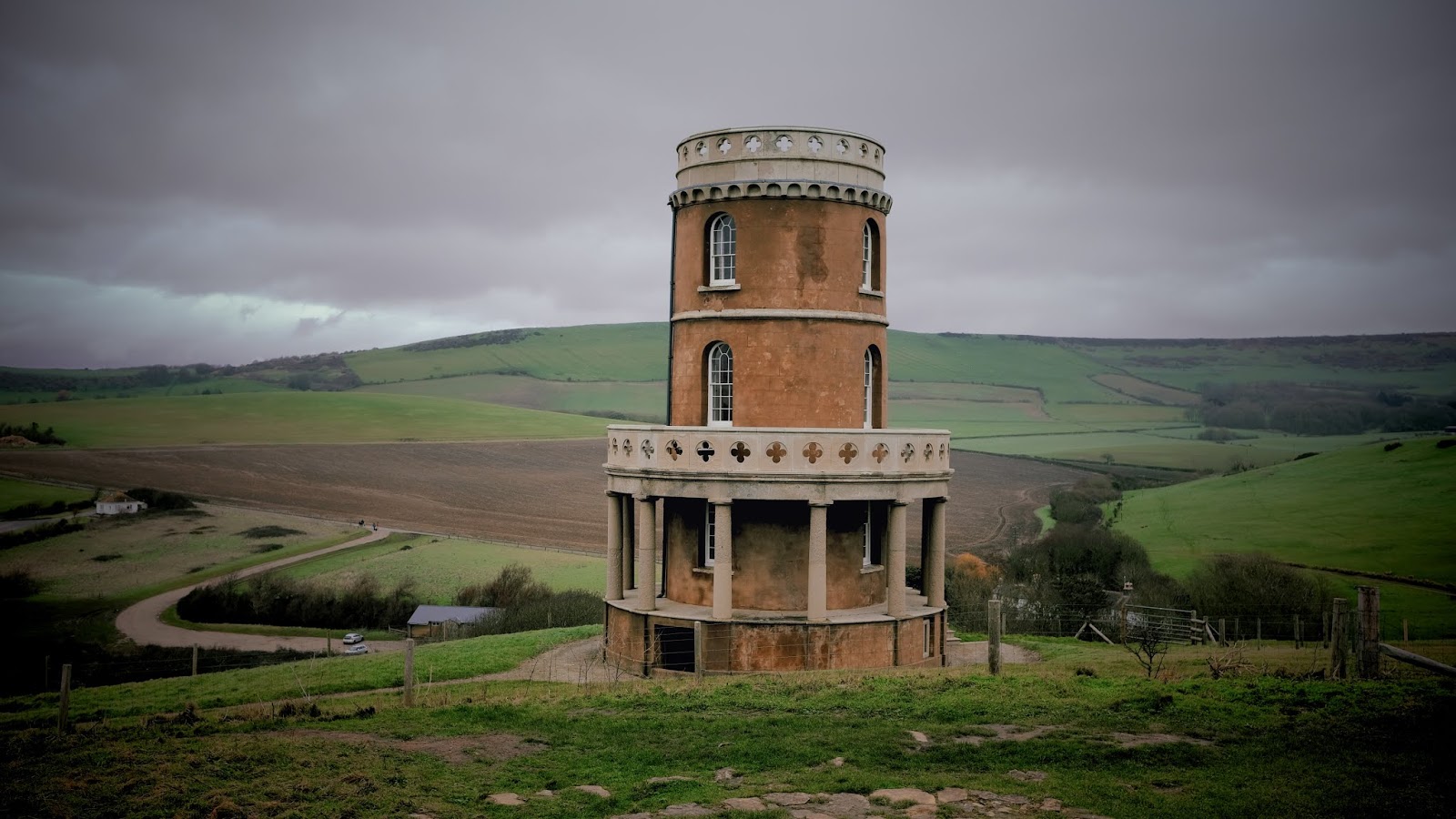 The English countryside is full of small, strange structures. Follies, monuments, towers, turrets - call them what you will. Most of them seem abandoned and are there just to look at. Often from a distance. They are usually either on private land or at the end of a walk a bit too long to take my fancy. This little tower, however, is not abandoned. Far from it, in fact. Clavell Tower was rescued from a cliff edge just a few years ago, moved back to a safer location and renovated into a little holiday let. Four floors, one circular room on each floor with a fabulous balcony offering 360 degree views of Kimmeridge Bay and the surrounding countryside.

You can inspect the furnishings, fixtures and fittings on the Landmark Trust website. It looks rather well appointed. I’d call it cosy, rather than spacious. There’s room for two inside, no more. Although, to be honest, I’d rather like to stay a night or two as the sole occupier, on a wintry day. A spell of perfect solitude in an area of splendid isolation. The morning and afternoon would be for long coastal walks, with multiple coffee stops. A cream tea at about two would be nice. Maybe I’ll find somewhere selling fresh local fish, which I will take back to cook on the stove. It’ll probably be a modern cooker, but this is the sort of place where an oven is more properly referred to as a stove. Probably.


But the highlight for me will come as the sun sets, and the last few hikers depart for home, leaving me alone at the top of the cliff. I’d pick my dates carefully. One would want a full moon in the sky, so as to see the glimmering waves breaking as they approach the shore, and the cliffs of the Jurassic Coast silhouetted against the sea. Perhaps I’ll hear the wild calls of foxes and owls as their go about their nocturnal life. I’ll wrap up warm and sit out on the balcony for as long as my bones can withstand the cold, and survey the scene. I’ll read, perhaps some Thomas Hardy. He is associated with this tower.

When the cold gets too much, I’ll retreat inside and watch the night pass through a window. There’ll be no Netflix. For entertainment, I’ll listen to the wireless. It might be a modern Roberts DAB device, but this is the sort of place where a radio is more properly referred to as a wireless. I imagine it’s virtually compulsory to listen the the shipping forecast. I’ll knowingly nod along to the technical jargon, despite the lack of anyone to be impressed by my pretence that I’ve got a clue what any of it means. 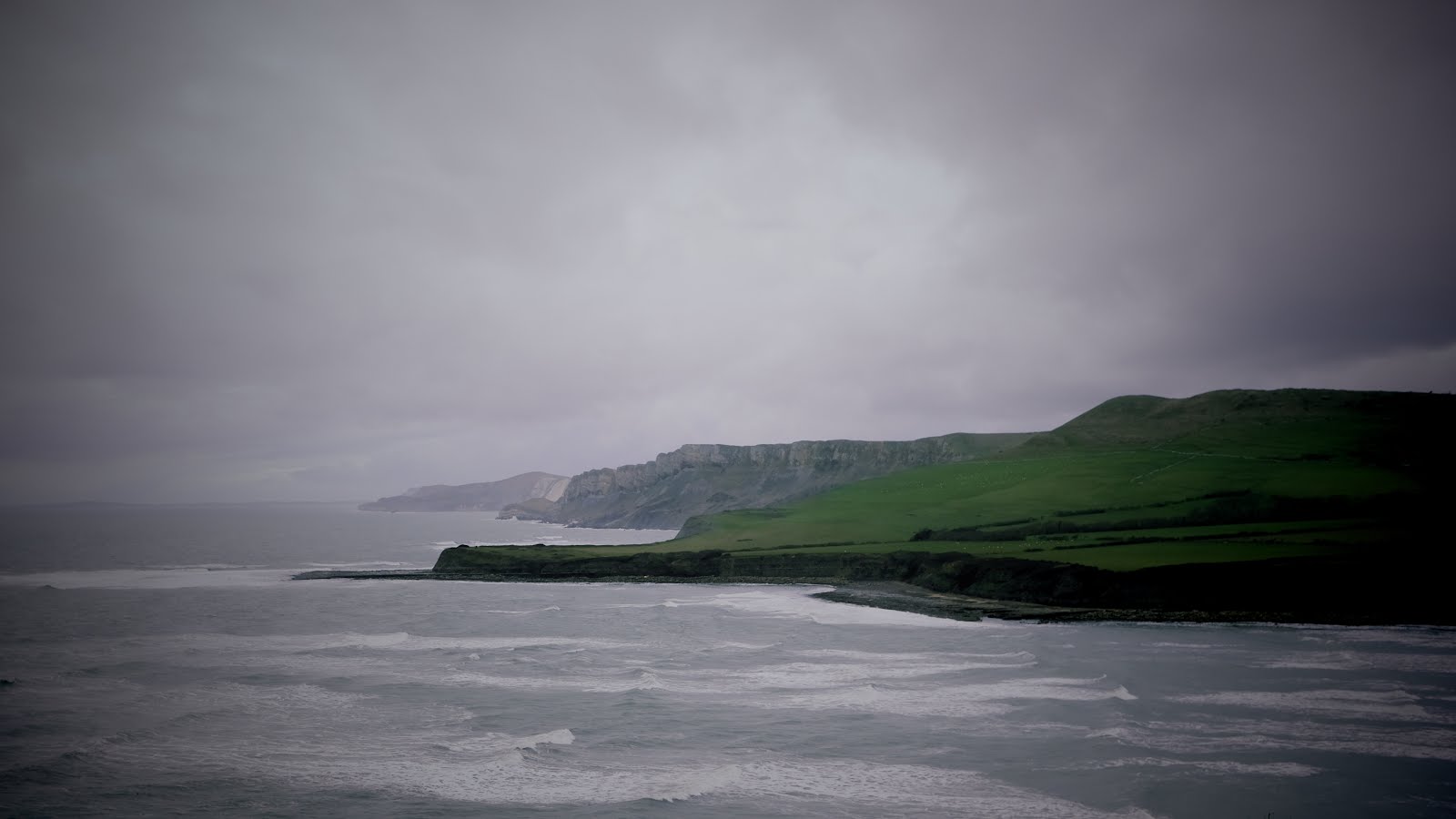 I’ll get to bed at a reasonable time. It would be a travesty to miss the sun rise above the horizon at dawn. I’ll sit on the balcony, wrapped warm, holding a hot, freshly brewed coffee. I’ll read the morning edition of the Times. It’d be fitting to read the physical copy, but I suspect it’ll be quite a while before the paperboy gets this far along his round. So I’ll read the digital version on my iPad, occasionally gazing out to sea, until the first of the day’s hikers appear. Then I’ll retreat back inside to cook some eggs and bacon on the stove.

At least I’d like to do this. But I’ve checked the prices, and if I’m going to be honest, it’s a little bit rich for me. Which is a shame. Mrs P might also object to my going solo, and insist I make it a romantic getaway. But I can dream, and picture myself enjoying some well earned peace and quiet. And now you’ve seen the photos, you can too.